Marion Cotillard, Kat Graham and Nicolas Ghesquière were also among the guests.

By Alex Wynne and Joelle Diderich on January 25, 2018
View Slideshow 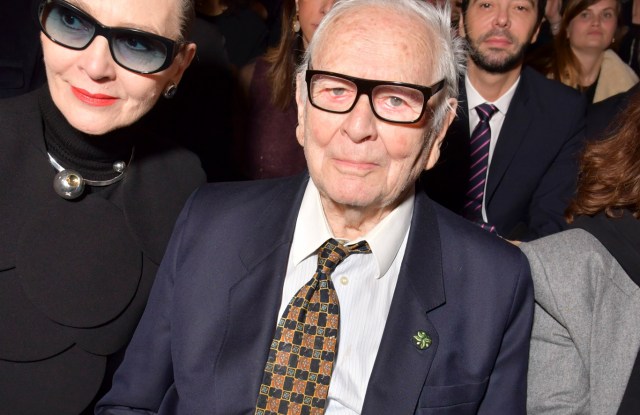 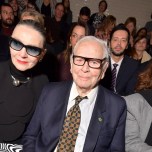 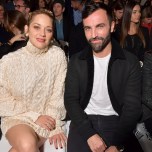 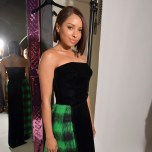 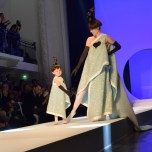 TRIBUTE ACT: Pierre Cardin himself was among the guests at the Jean Paul Gaultier show Wednesday afternoon, a fitting tribute as the collection was dedicated to the Italian-born French designer, with whom Gaultier started out in the profession at the tender age of 17.

“It was superb,” said Cardin, who is rarely caught in the front row. “I haven’t seen all his shows, but this one won me over completely with its creativity, its originality, with no vulgarity at all.”

Cardin was not the only major designer in attendance — Nicolas Ghesquière was also present, chatting away happily to Marion Cotillard.

As ever, entertainment was a key element of the theatrical show, with Coco Rocha and her toddler daughter Ioni dancing their way down the catwalk, pausing to strike a pose from time to time.

Further down the front row, Kat Graham admitted she is a big fan of Gaultier, often wearing his creations. “He’s one of my favorite designers and I only have two,” she said. The other? “I don’t know yet, we’ll see by the end of this year, there are so many changes going on at the moment at the houses.”

The actress, model and singer will be in theaters later this year in David M. Rosenthal’s “How It Ends” and “Cut Throat City,” a heist movie by RZA. She’s also working on a new album as well as “Rise of the Teenage Mutant Ninja Turtles,” the upcoming Nickelodeon animated series. “I’m playing the first African-American April, it’s really fun,” she said.