Pierre Cardin’s Bubble House: Expensive but Not the Top

The house was the set for the Dior show by Raf Simons for the cruise 2016 season. 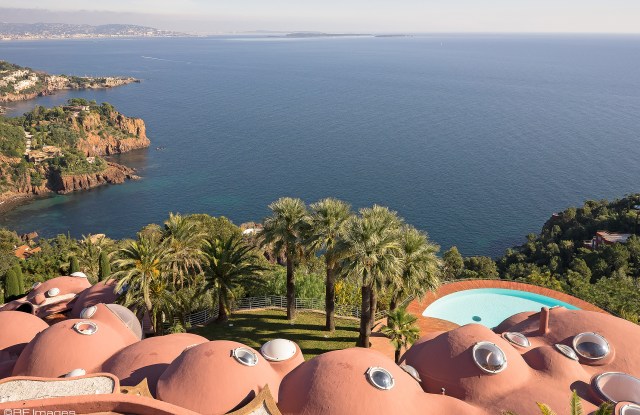 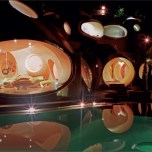 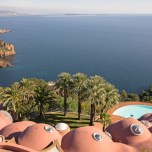 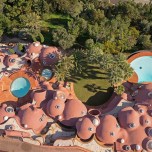 REAL ESTATE BUBBLE: There were press reports on Thursday that Pierre Cardin’s Bubble Palace, which is for sale, is Europe’s most expensive home, with an asking price of about $456 million.

But the reports were wrong — even though the house still isn’t cheap.

“The sale price that Mr. Cardin is asking for it is 300 million euros [or $335 million at current exchange],” said Michaël Zingraf, founder of the namesake real estate agency in Cannes, France, an affiliate of Christie’s International Real Estate for the south of France. He has had the sale contract for roughly two years.

“It’s a sculpture; as well as Picasso’s ‘Boy With a Pipe [Garçon à la Pipe],'” Zingraf said. “It’s a masterpiece. It’s for an architecture lover.” (Zingraf also has had for two and a half months the sale contract for Johnny Depp’s estate in Le Plan-de-la-Tour, south of France.)

While there’s no denying that the asking price for the Bubble Palace is one of the highest price in Europe, others have a higher value, according to Zingraf. Villa La Leopolda, in Villefranche-sur-Mer, also on the French Riviera, is known to be one of them — although its price couldn’t be learned.

Cardin declined to comment on Thursday. The 94-year-old designer was on his way to the Château du Marquis de Sade in Lacoste in the south of France. “Mr. Cardin bought it in 2001. He tends to go there instead now,” a Cardin spokesman explained.

The Bubble House was the set for a Pierre Cardin show in October 2008 and more recently for the Dior show by Raf Simons for the cruise 2016 season. (Scenes of “Absolutely Fabulous: The Movie” were also shot there.)

The Bubble Palace, a conceptual house conceived by Hungarian architect Antti Lovag, is famed for its Space Age appearance and vistas of the Riviera coastline through circular windows and portals located in Théoule-sur-Mer, near Cannes. The fantastical, cavelike structure was constructed between 1975 and 1989. The connecting bubbles represent one room each. Cardin, who purchased the palace in 1992, has described the Palais Bulles complex as “something of a gallery of living art” and a retreat tantamount to “a little corner of paradise.”

“Round shapes have always inspired me,” said the designer, who created the iconic bubble dress in 1958, also comparing the house to a woman’s body — “everything is absolutely sensual.”