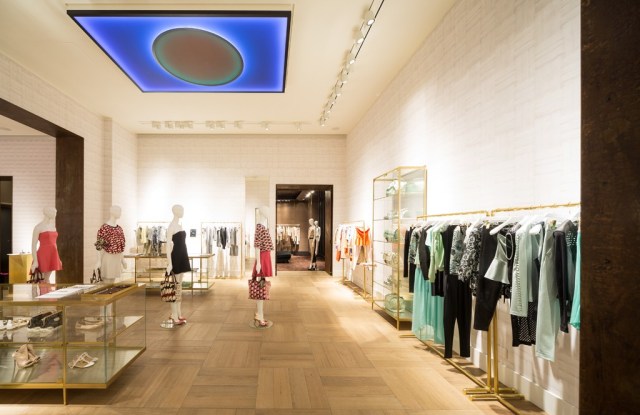 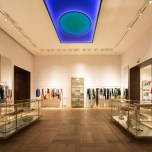 NEW LOOK: Pinko hosted a cocktail to celebrate the opening of its new concept boutique in Milan’s Via Montenapoleone, which brand co-founder and chairman Pietro Negra said furthered its more upscale repositioning. “[Pinko] obviously needs to aim for international renown and expansion,” he said, citing Russia, China, the Middle East, France, the U.K. and Germany as key areas for further development. Worldwide, Pinko has about 150 stores, half of which are in Italy, Negra said.

Architect Massimiliano Locatelli conceived the new boutique as evocative of a luxurious Jazz Age palazzo, and the ceiling features “Oculus,” a piece by Steven Scott, an English-born light installation artist based in Copenhagen. The piece is a large rectangle with a circle in the middle that slowly transitions through about 50 colors, beaming tones such as cobalt blue and earthy brown over the racks of clothes.