Pippa Middleton Ready to Wed James Matthews on May 20

Giles Deacon may well be the man making the dress. 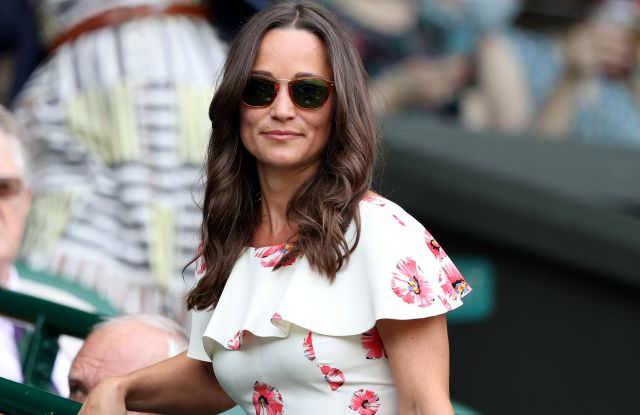 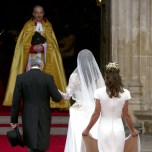 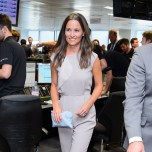 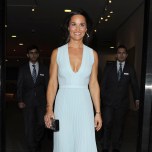 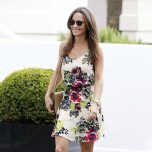 PIPPA’S PLAN: It’s been five years since the world tuned into the nuptials of the Duke and the Duchess of Cambridge, and while the duchess may have been the star, her younger sister Pippa Middleton almost stole the show dressed in a white bridesmaid’s dress by Alexander McQueen. Viewers couldn’t take their eyes off her posterior as she lifted Kate’s train into Westminster Abbey.

Now Pippa can steal the show for real. The 33-year-old, who is engaged to the British financier James Matthews, has announced plans to marry on May 20 at St. Mark’s Church in Englefield, Berkshire. According to British media reports, the reception will be at the Middleton family home in Bucklebury, Berkshire. The couple got engaged in July after dating for less than a year — although they had briefly been an item in 2012.

Giles Deacon could well be the man making the dress. Last month, he and members of his team were snapped by paparazzi carrying big garment bags out of Middleton’s and Matthews’ apartment. Photographers also snapped a picture of Carole Middleton leaving the apartment around the same time.

Deacon, who has recently left ready-to-wear behind to focus on couture and demi-couture, has dressed celebrities including Scarlett Johannson, Cate Blanchett and Kate Hudson and made British TV personality Abbey Clancy’s wedding gown. He did not return phone calls on Friday.

Then again, it could be that Deacon is doing one of the dresses that Middleton will wear during the festivities.

Indeed, she could take cue from her sister who wore two dresses for the occasion, the Alexander McQueen gown for the ceremony and another McQueen number for the black-tie dinner. Pippa wore the ivory drape-necked McQueen to the church and an emerald Temperley London gown for the party that evening.

Pippa Middleton in Alexander McQueen at the royal wedding of the Duke and Duchess of Cambridge.  Tim Rooke/REX/Shutterstock

Pippa’s style is more laid-back than her sister’s — and she doesn’t have to adhere to any royal protocol for the event. She has a more casual, playful approach to dress, often wearing a range of bold patterns and prints and shorter hemlines. She works a laid-back preppy look and is often seen in jeans and tailored blazers or ladylike printed shift dresses.

Pippa’s style is more laid-back than her sister’s — and she doesn’t have to adhere to any royal protocol for the event.  Nick Harvey/REX/Shutterstock

Spokespeople for Temperley and Williamson both said they are not working with Pippa on the wedding dress. McQueen, Packham and Wickstead — other likely candidates to be designing the dress — did not return calls as press time.

Earlier this year Middleton auctioned a limited-edition printed scarf and dress, designed in collaboration with Tabitha Webb, in support of the British Heart Foundation, of which she is an ambassador.

RELATED STORY: Pippa Middleton to Auction Her Designs for the British Heart Foundation >>