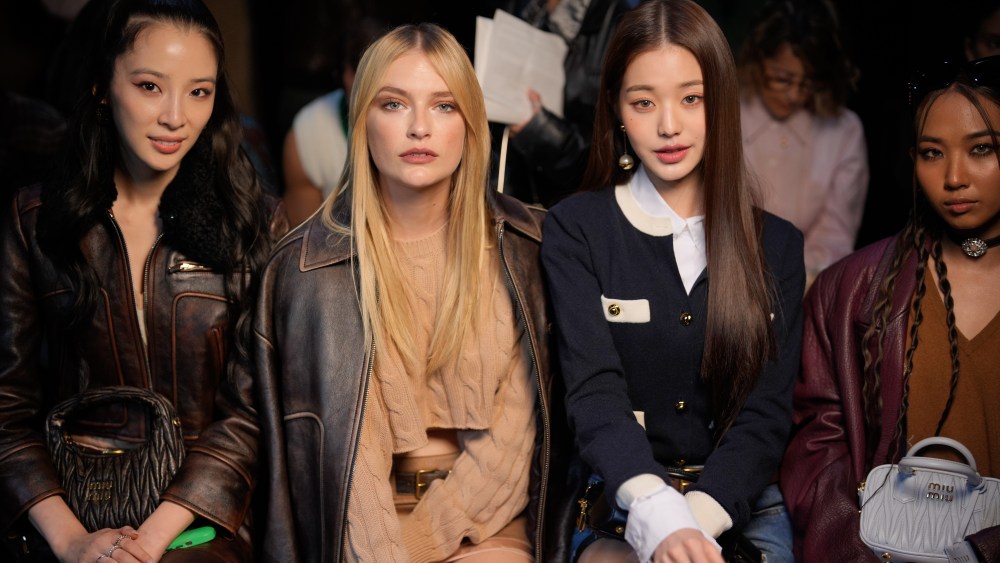 MOONLIGHT IN PARIS: Was it Earth seen from above, a distant planet or a bright full moon that featured on the giant screens? Guests mulled on the Space-Age set by artist Shuang Li at Miu Miu Tuesday afternoon.

“I guess it’s the full moon, so everybody’s crazy,” said Camille Razat, who struggled to get a view of the screens through a crowd of flashing camera bulbs.

Following wrapping the third season of hit show “Emily in Paris,” the actress is about to start shooting a French film under the direction of Valentin and Frédéric Potier, a real-life story in which she stars as one of two sisters, pianists with a rare nerve disease who had to relearn their art.

Razat is tinkling the ivories for the first time in the role. “I have to learn piano, but in a way as if I have this disease, so it’s a very different approach,” she said. “I’m learning, that’s why I love my job.”

After a bumper year with the release of his “Elvis” biopic, a new stage version of “Moulin Rouge” in Germany and “Faraway Downs,” a series based on his 2008 movie “Australia” coming out on Hulu in December, Baz Luhrmann is looking forward to some time off. “I’m going to take a moment for my soul to rest. Maybe I’ll follow the moon,” he mused.

Despite a busy week of shows, Chiara Ferragni had also managed some down time while in town with her family. “I went to Disneyland with my husband and my kids, that was the highlight of the whole week,” said the entrepreneur and influencer.

Among upcoming projects, she will be hosting the Sanremo Music Festival, a popular Italian music contest, in February. “It’s my first time hosting something, and in Italy it’s the biggest thing ever,” she said. “It’s great to be able to do something like that with lots of new and young talents.”