Couture week in July promises parties fantastical enough to rival the high fashions on the runway. 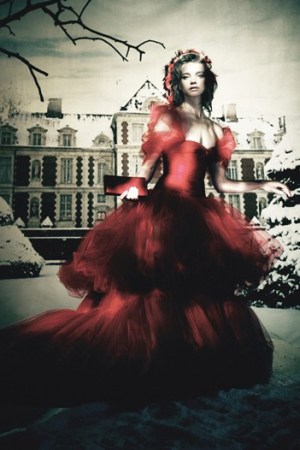 PLAY TIME: Couture week in July promises parties fantastical enough to rival the high fashions on the runway. Natalia Vodianova has tapped French production wizard Alexandre de Betak to create a transporting decor for her White Fairy Tale Love Ball, to be held at Valentino’s spectacular Château de Wideville on the outskirts of Paris. Anne Hathaway, Gwyneth Paltrow, Madonna and Kate Winslet are among VIPs expected at the event, all in benefit of the Naked Heart Foundation, a charity that aids underprivileged and special-needs children in Russia. To date, the foundation has built 60 play parks in 44 Russian cities.

The centerpiece of the Paris night is a fashion show of more than 40 custom-designed dresses, all inspired by fairy tales, that will be auctioned off that evening by Christie’s. Participating designers range from Agent Provacateur and Chanel to Vivienne Westwood and Yves Saint Laurent. Monies are also raised via sales of tickets and tables for the dinner gala. Guests are to be treated with a surprise concert and go home with a limited edition photo book by Paolo Roversi featuring Vodianova modeling each of the exclusive designer dresses.

GOTHAM BOUND: Ferragamo is finessing two firsts. The Italian label will stage its first resort runway show June 28 at Doris Duke’s former Fifth Avenue digs. In doing so, Ferragamo will be the first fashion brand to use the James B. Duke mansion, one of the last remnants of Millionaire’s Row, for a presentation. Creative director Massimiliano Giornetti is flying in for the festivities to present the collection, which is more far more extensive than in years past. And the Horace Trumbauer-designed eight-bedroom manse is said to complement the resort line just right.

BOTTEGA VENETA GETS INVOLVED: Bottega Veneta kicked off its initiative to become a bigger part of events in Los Angeles by sponsoring the annual spring luncheon for the Colleague Helpers in Philanthropic Service on Wednesday at the Montage Hotel in Beverly Hills. In addition to a fashion show highlighting Bottega Veneta’s fall collection, attendees including Crystal Lourd, Jessica Capshaw, Patty Penske and Kelley Johnson were also treated to a song-and-dance from the Children’s Institute Inc.

At Elizabeth Wiatt’s table, between bites of organic chicken salad and chocolate layer cake, talk turned to the revamp of magazines such as Town & Country and Bon Appétit, the latter of which particularly interested Wiatt because her mission this year is to become a domestic goddess. “I make a mean key lime pie,” she said proudly.

BIG ON BIGELOW: Kathryn Bigelow isn’t a frequent front-row fixture, but on Wednesday, she showed up at the Yves Saint Laurent cruise show at New York’s Haunch of Venison gallery. Bigelow, who made Hollywood history as the first woman to win a best director Oscar for “The Hurt Locker,” is clearly more a person of moving images than words. “Stefano and Siddhartha,” she said, citing YSL creative director Stefano Pilati and global communications director Siddhartha Shukla as the reason for her presence.

Asked about current projects, she gesticulated her hands in a way to indicate she’d remain mum on the subject — though she is reportedly working on a movie about the hunt for Osama bin Laden. Even talk of the city’s humidity spell couldn’t break the ice, leaving little else to talk about but her relationship with YSL. “I love it, I wear it,” she only offered. “Stefano is an artist.”