On Friday, a pin-striped truck — housing a replica of a New York Yankees locker room and free samples of the team’s fragrances — was spotted on 49th street. 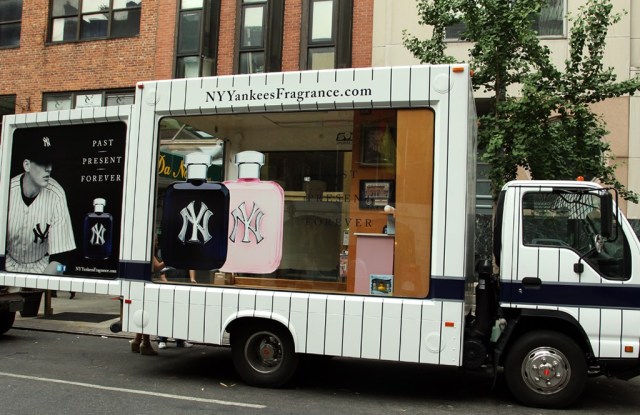 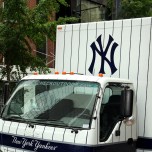 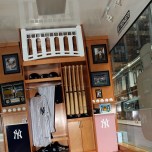 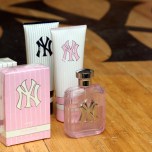 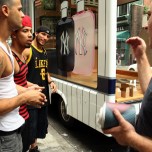 PLAYING THE FIELD: On Friday afternoon, a pin-striped truck — housing a full-size replica of a New York Yankees locker room and free samples of the team’s debut fragrances — was spotted on 49th street. The “3-D mobile showroom,” created by Jeffrey Scheck, president of Scheck Outdoor Advertising, is one of a small fleet that he customizes and drives around the Tristate area to generate brand awareness and distribute thousands of samples.

“People come, try the fragrance and get the whole Yankee experience,” said Scheck, who filled the space with team memorabilia, hats, helmets and bats for photo ops. “It works. It makes people happy.”

According to the Cloudbreak Group, which develops, manufactures and distributes the New York Yankees for Her and New York Yankees men’s scents, consumers in the area may see the faces of brand ambassadors, Curtis Granderson and Mariano Rivera, in the truck over the next few months. “I can pretty much build anything in here,” said Scheck, who has worked with companies like Fresh, Jonathan Adler and Kenneth Cole, and has even created a fully functioning beauty salon for Hair Room Service in one of his vehicles.

“I haven’t yet said no to any crazy idea,” he said. Although his business — which he calls “experiential marketing” — has resulted in a few parking tickets, Scheck said, “It’s a great way to advertise in a difficult economy.” Since May, Scheck has handed out more than 80,000 samples of the Yankees scents.