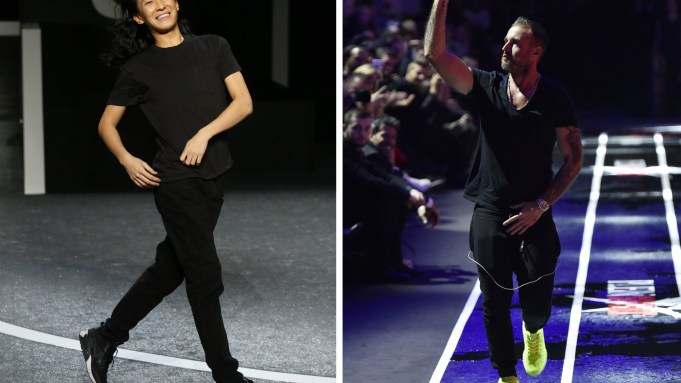 On Tuesday, the New York-based designer took to the social platform to share a video meme, which claims that Philipp Plein borrowed several elements of the 2014 show Wang mounted for his collaboration with H&M. A day later, Plein’s camp has launched a rebuttal.

Jennifer Leppla, marketing and communications director for Philipp Plein, Plein Sport and Billionaire, said “another designer’s work [being] copied is just not a possibility.”

“I was involved in every step of the production of the Plein Sport FW [sic] 1718 show, working closely with the production team, our art director Simon Costin and Mr. Plein,” she said in a statement to WWD.  “Actually, the photo posted by Alexander Wang is rather deceiving, because it does not show the main theme of the show, which was the two-story gym hidden behind the reflective walls, which was revealed at a certain point during the show.

“The obstacle course in the foreground was custom made for the Parkour team once they were on board for the show, and designed by Mr. Costin. Other sports elements were added as the project developed, ideas usually coming from Mr. Plein directly and brought forward by Mr. Costin, then realized by our production company. I have been working with Mr. Plein since his first show in 2010. I can assure you that the shows are always born of a concept in Mr. Plein’s head, the visuals are then developed by the team. Copying the layout of another fashion show is just not the process used at Philipp Plein,” she continued.

She concluded by saying that “Mr. Costin is a world-renowned, highly respected and extremely talented art director; that he would be involved in a project where another designer’s work is copied is just not a possibility.”

For more on Wang and Plein, see: