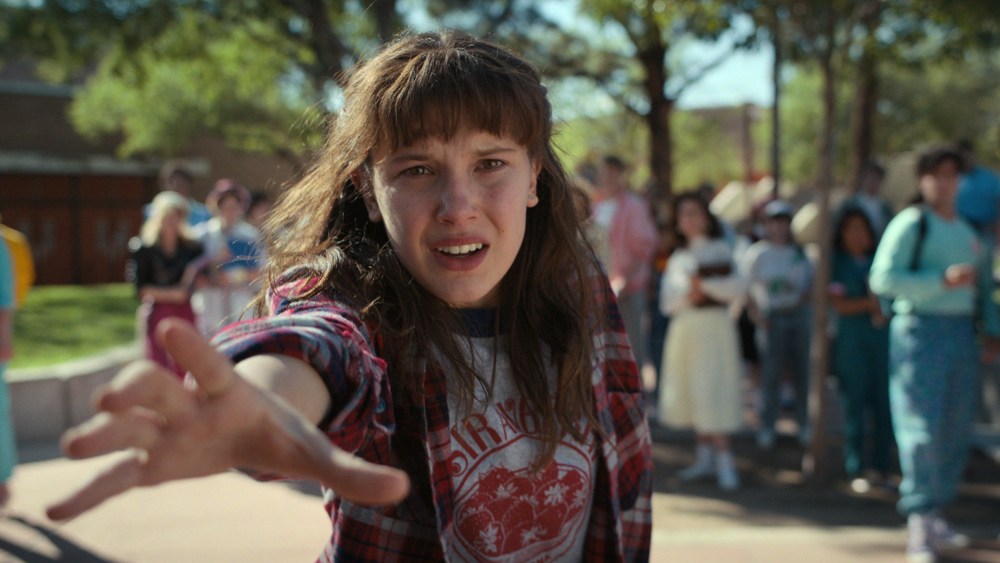 Many of the year’s popular TV shows are serving as inspiration for upcoming Halloween costumes.

A new report from Pinterest shows the top 10 Halloween costume searches heading into the holiday. The most searched idea is for costumes inspired by Netflix’s hit series “Stranger Things,” which debuted its fourth season this summer. The costumes spiked in searches 22 times since last year.

In second place is an Elvis and Priscilla Presley couples’ costume, which increased in searches 19 times since last year. The costume idea can be credited to the buzzy Baz Luhrmann film “Elvis” from this summer.

Some pop culture Halloween costumes that have long been in the cultural lexicon also made the list. “American Psycho” protagonist Patrick Bateman came in third place, with 18 times more interest, and in fourth were costumes inspired by the film “Top Gun,” which released its long-awaited sequel this summer.

Harley Quinn, which has been a popular Halloween costume since Margot Robbie took on the role in the 2016 film “Suicide Squad,” earned the sixth spot. The character was followed by Avril Lavigne, which saw interest increase three times since last year.