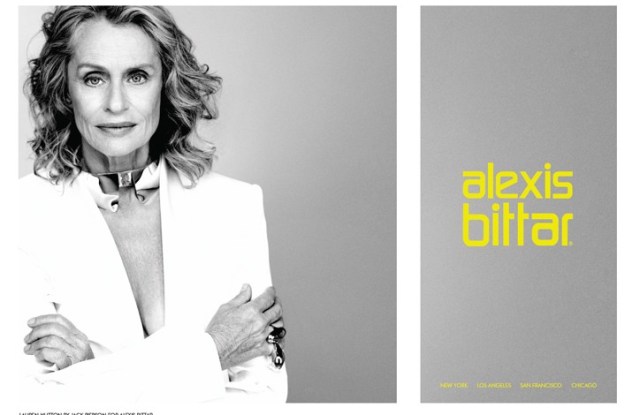 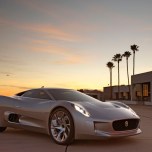 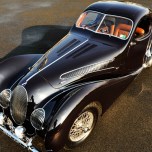 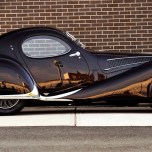 POSTER GIRL: CFDA Accessory Designer of the Year Alexis Bittar’s love affair with grand dames will continue with this season’s poster blitz going up during New York Fashion Week featuring none other than actress and model Lauren Hutton. The two met nearly 20 years ago when Bittar was still selling his jewelry on the corner of Spring Street in New York. “This handsome and energetic kid, so young you couldn’t believe he actually designed it,” explained Hutton. “His jewelry is like art and still doesn’t look like anything I have ever seen.” Artist and photographer Jack Pierson was tapped to capture the intimate and casual portrait-like images of the actress in Bittar’s jewelry. Hutton follows Joan Collins, who was plastered across the city last season.

TOO MANY TOMS: There was no identity theft intended on the part of Mr Porter, whose staffer Tom Ford has been sending out e-mails about the upcoming launch of the men’s wear e-commerce site. Earlier this week, Tom Ford’s company released a terse statement saying it has no involvement in the Mr Porter business, and that none of its products will be sold on the site. A spokesman for Mr Porter, which is set to launch later this month, would only confirm that Tom Ford is a copywriter for the site, which is being launched by the team at Net-a-porter.com. He declined further comment. A source at the site added that nothing untoward was intended, and that Tom Ford — the other one — was simply doing his job. British GQ, meanwhile, should put the matter to rest with its March issue. The magazine features a picture of the Mr Porter staff with an accompanying story and shows the youthful Ford with a full head of hair and wearing a jacket, white shirt and tie.

KANE AWARDED BFC/VOGUE FASHION FUND PRIZE: The British Fashion Council has named Christopher Kane the winner of its British Fashion Council/Vogue Designer Fashion Fund prize for 2011. As part of the prize, Kane — who designs both his own label and Versace’s Versus line — wins 200,000 pounds, or $318,000 at current exchange, to support his business, along with access to director-level mentors in the British fashion industry. Kane was nominated for the award alongside the labels Charlotte Olympia, E. Tautz, Jonathan Saunders, Nicholas Kirkwood, Osman Yousefzada, Peter Pilotto and Richard Nicoll. Last year, designer Erdem Moralioglu was presented with the prize.

FAST CAR: Louis Vuitton chief executive officer Yves Carcelle handed out prizes Tuesday night for two exceptional cars: a sleek 1938 Talbot-Lago coupe, and a futuristic electric concept car from Jaguar. The two recipients of the annual Louis Vuitton Classic Awards will be displayed at the Rétromobile auto fair in Paris from Feb. 2 to 6.

DOUBLE BAG IT: Hermès International filed a lawsuit against e-tailer Thursday Friday Inc., claiming the Web site infringed upon its Birkin Bag trademark by selling canvas totes that display screen-printed images of the Birkin. According to court papers filed in the Southern District of New York last Thursday, the defendant’s Together Bag, which is back-ordered until March, aims to “take unfair advantage of the fame and reputation of the Birkin Bag,” with the “express intent to confuse, mislead or deceive the public.”

While the idea that a $35 cotton tote could be confused with the Birkin Bag seems unlikely, Fordham University’s Fashion Law Institute director, Susan Scafidi, said it is “still apparent that Thursday Friday is trading on the trademarked image of the iconic belt-and-flap Birkin closure — a legal ‘don’t’ when it comes to well-known marks.

“In other words, from a legal perspective, there’s no good day of the week to copy a Birkin — and at Thursday Friday, it probably feels a lot more like a Monday about now,” she said.

Thursday Friday did not respond to requests for comment by press time. Hermès is seeking an injunction, treble damages and other costs.