The designer said he was inspired to enter the amenities business because of his own habit of taking products home with him after a hotel stay. 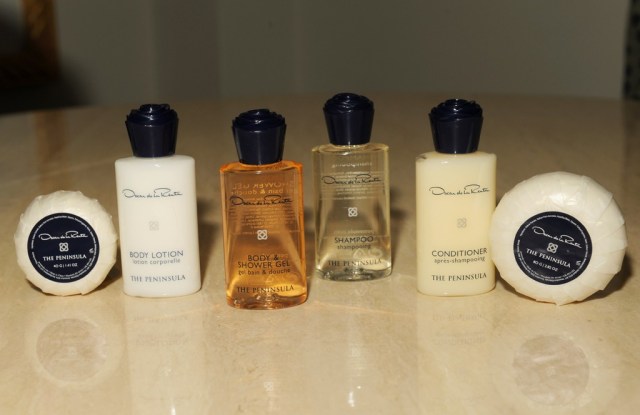 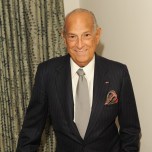 POWER OF SUGGESTION: Oscar de la Renta is looking to the amenities business to keep his name top of mind with the one million guests bunking at any of The Peninsula Hotel’s more than 2,000 rooms worldwide. “We’re trying to get our customers, the people who are logical shoppers for Oscar de la Renta clothes, who happen to be spending the night at the Peninsula Hotel to think about us when they march up or down the street of Fifth Avenue,” said Alex Bolen, chief executive officer.

De la Renta, who was in town Monday evening to celebrate the Peninsula New York’s 25th anniversary as well as his first partnership with an outside brand, said he was inspired to enter the amenities business because of his own habit of taking products home with him after a hotel stay.

“People at the hotel use the soap, [but] if someone doesn’t use all the products most people take it away. I do,” said De la Renta.

The range launched Monday into the current lineup of nine Peninsula Hotels worldwide, with the 10th set to open in Paris next summer. “We think the hospitality business has many interesting points for our brand when you think about home products, furniture, bridal,” said Bolen, hinting at a possible De la Renta-inspired bridal suite at the Peninsula as a future option.