The designer held a fashion show of his spring 2020 collection, which featured cowboy boots that were part of the collaboration with Miron Crosby.

Sisters Lizzie Means Duplantis and Sarah Means, who grew up on a remote cattle ranch outside Marfa, Tex., started Miron Crosby in 2017. Gurung said he discovered the Dallas-based luxury brand when he needed cowboy boots to wear to Barbara Bush’s wedding in April in Crawford, Tex.

“The theme was all about Texas so I was nervous; I didn’t know where to find cowboy boots in New York,” Gurung said. “I bought some vintage pieces, but then I started researching online and found these two ladies.”

Each boot is handmade at the Means’ cousins’ historic factory, Rios of Mercedes, in the Rio Grande Valley near the Mexican border.

“I love the design,” Gurung said, “but what I love even more is two women owning a business, entrepreneurs, really celebrating their heritage and craftsmanship. I mentioned them to Barbara, and she said, ‘Oh my God, I love them.’”

Gurung and Bush met 15 years ago when he was designing for Bill Blass, he explained, and Bush said she has known the Means sisters since they were in middle school.

“I couldn’t be more excited that two companies that I respect very much are getting to work together in a place that I love very much, Texas,” Bush said. 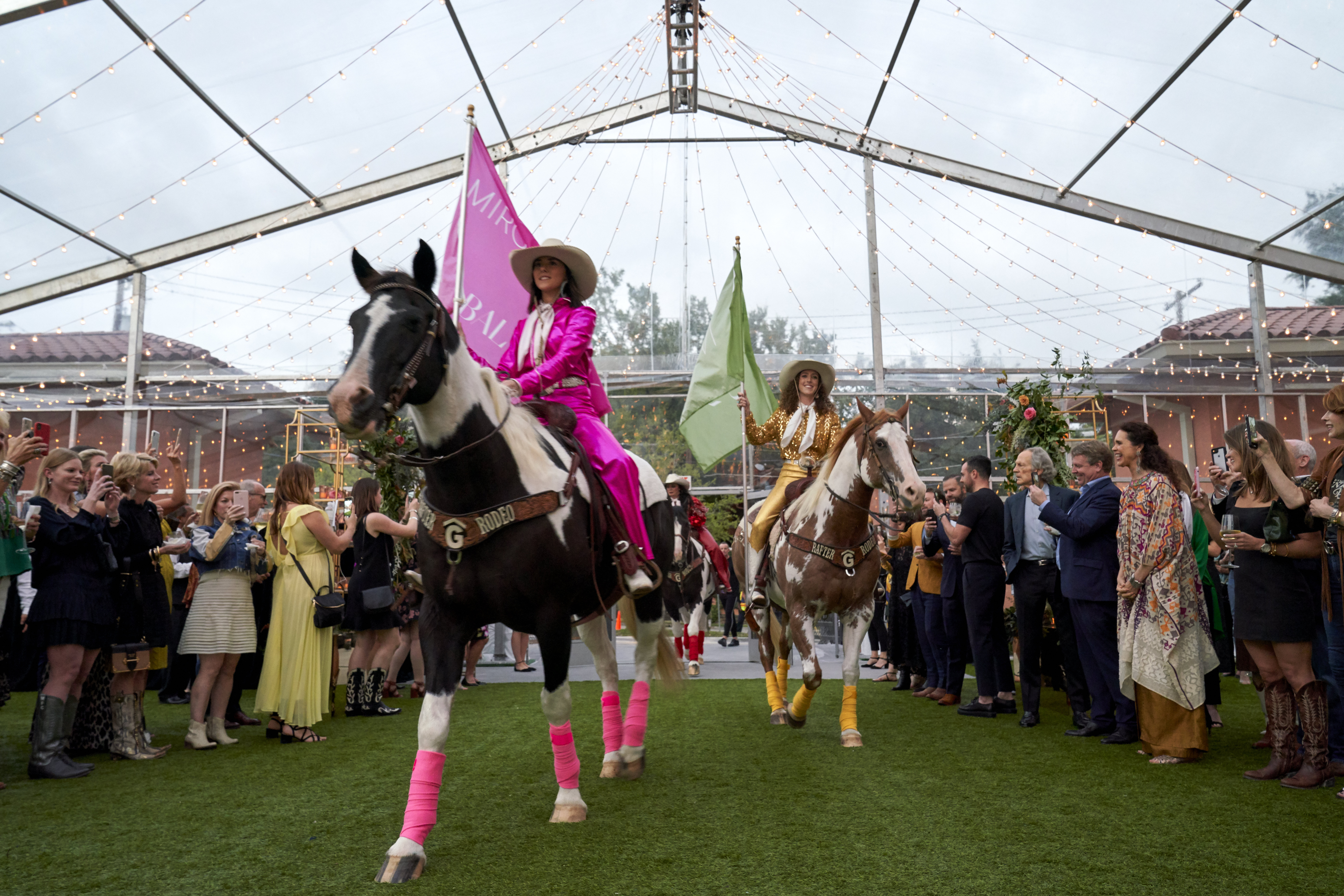 The designer showed eight looks from his Americana-themed spring collection with Prabal Gurung x Miron Crosby boots. The company made eight designs and is producing five of them, explained Sarah Means.

“We hadn’t worked with patent before, and there’s a lot of patent,” she noted. “They’re available for see-now-buy-now and for pre-order to ship in spring.”

Naturally, the three hosts wore looks and boots from the spring collection.

“The girls gave me these,” said Rogers, sporting the black crocodile and python style, “and I am going to order like two or three custom pairs. Turquoise is going to have to be in there, and Fancy Nancy R on one of them.”

Rios of Mercedes was established in 1853, explained proprietor Trainor Evans during a factory tour earlier that day.

Evans, who bought the company in the Seventies and has turned management over to his son, daughter and son-in-law, noted that one of his predecessors learned craftsman tips directly from iconic Italian-American boot-maker Sam Lucchese.

“He had so much he wanted to tell people, and nobody wanted to listen,” Evans said. “We’re bigger now than we ever were.”