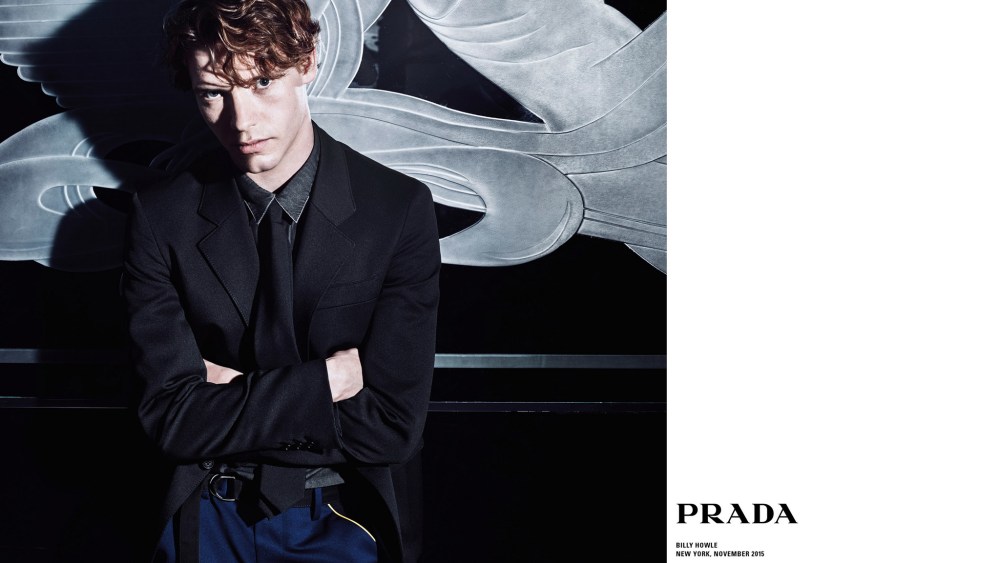 TALENT SCOUT: Prada and Miu Miu continue to strengthen their ties with the film industry in their new spring 2016 advertising campaigns with a cast of up-and-coming actors.

Matthew Beard, Billy Howle and Logan Lerman appear in Prada’s men’s spring campaign, which was shot by photographer Craig McDean, who was also behind the lens for the brand’s fall 2015 campaign. Taken in a New York nightclub, the three actors are caught mid-transit in front of textured and graphic walls with a stark flashlight, paying homage to Seventies club photography.

The two brands have a history of choosing actors for their campaigns. Miu Miu previously featured Elle Fanning, Lupita Nyong’o and Elizabeth Olsen for its summer 2015 campaign; Prada opted for Scoot McNairy, Michael Shannon and Tye Sheridan for its fall 2015 ads.