This is the first time Lee appears in ads of the Italian brand and Bieber's second iteration after being the face of the Dylan Turquoise fragrance.

After modeling for the brand’s spring 2021 runway show in September, Lee returned to her underwater fantasy-themed Versace dress and posed with the label’s new La Medusa handbag, photographed by Mert Alas and Marcus Piggott. In addition to her, Bieber and Jenner, Mona Tougaard, Mica Argañaraz, Raphael Balzer and Simone Bricchi are also featured in the brightly colored images, which are flanked by a short video. 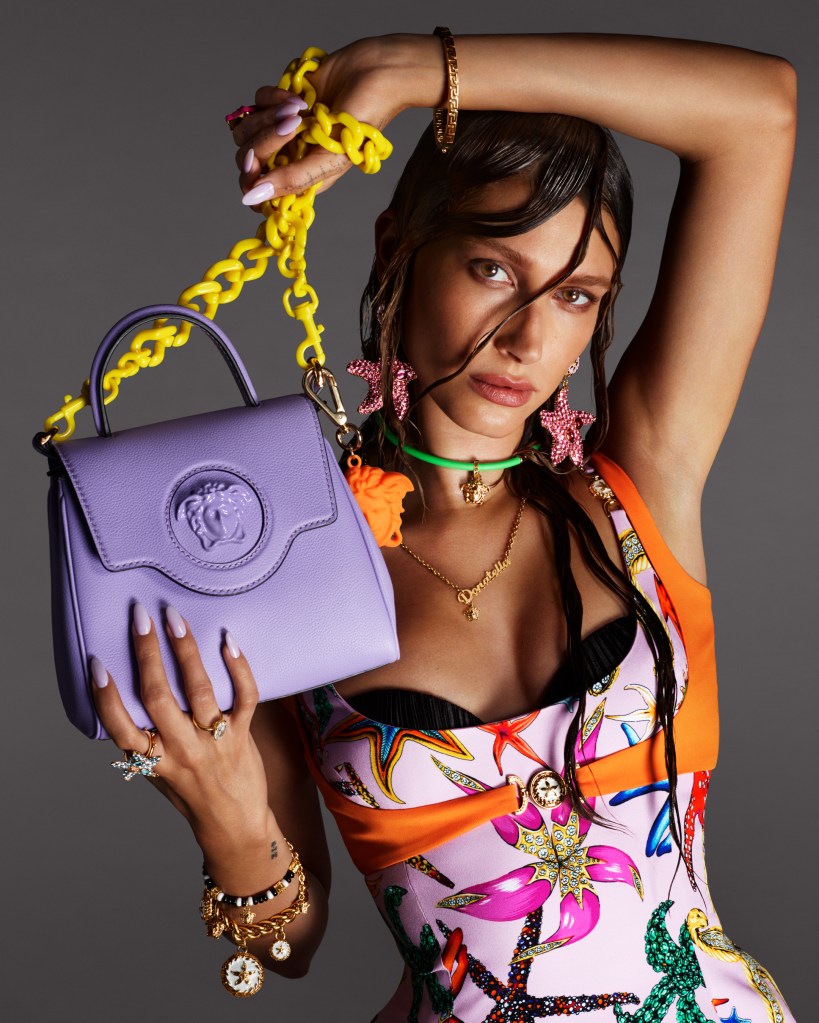 “With these images I wanted to portray the modern Medusa. Or better, to highlight how her many faces can be drastically different from one another and every woman can actually be Medusa,” said Donatella Versace. “All of us, with our differences and unique characters, we can express ourselves also in the way we decide to dress. The same thing is true for me, of course. We live in a world in which gender differences are no longer important and we have been given a kind of freedom like never before. Let’s use it and use it well!”

The brand’s chief creative officer already gave Lee her stamp of approval during Milan Fashion Week, publicly welcoming the model to the Versace family on Instagram. Versace posted an image of Lee posing in the colorful look to her personal account with the caption, “Welcome to the Versace family @preciousleexoxo. You killed it on the runway!!!” The post generated over 1,600 comments, mostly praising the inclusive casting choice of the brand.

Lee posted the same image thanking “Queen @donatella_versace” for her support. “Thank you from the bottom of my heart for raising the bar. I know how much this means and I will always cherish it. Not one little black girl can say they can’t because we can, we always could and when you stay true, you will,” read the caption.

As for Bieber, the spring 2021 ad marks the second time she fronts a Versace campaign, after she was tapped as the face of the brand’s Dylan Turquoise fragrance last year.

In addition to releasing the new campaign, this week the company further expanded its retail network. After launching locations in Paris, London, Dubai and Moscow recently, on Monday the brand opened a store on Zurich’s tony Bahnhofstrasse shopping avenue. 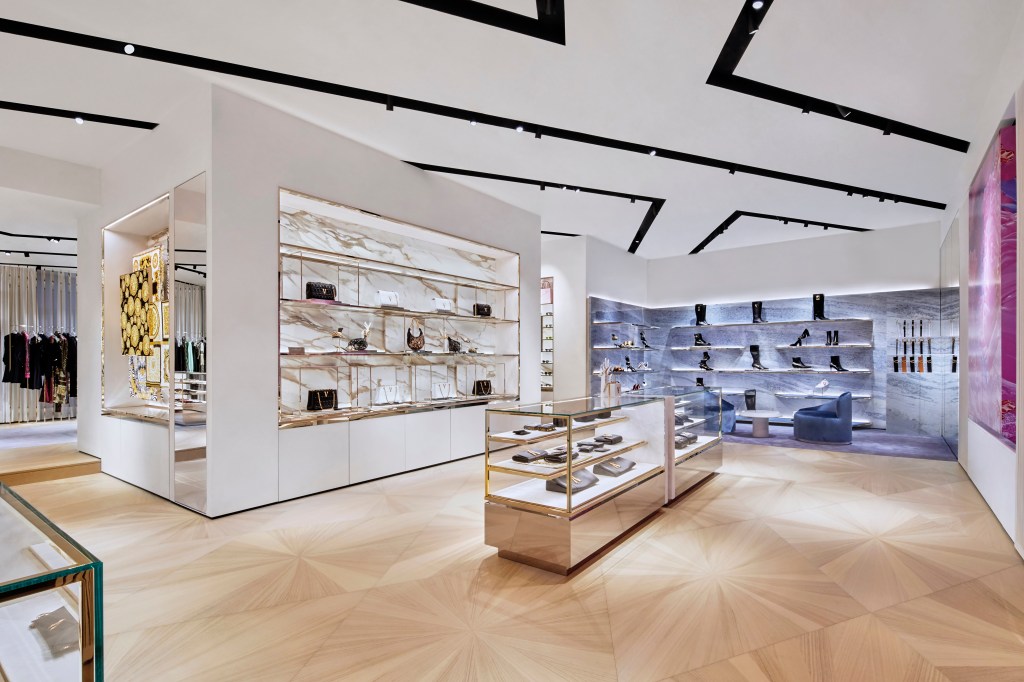 Inside Versace’s new store in Zurich.  Courtesy of Versace