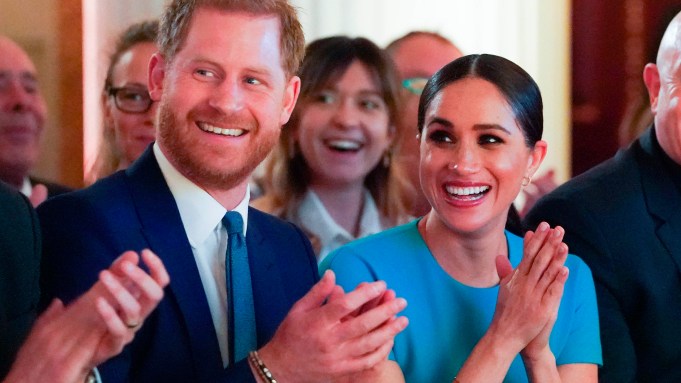 Prince Harry and Meghan Markle are taking the next steps in launching their new charitable foundation.

The Duke and Duchess of Sussex launched the web site for their nonprofit organization, Archewell, on Wednesday. The simple homepage offers the meaning behind the foundation’s name (“arche” in ancient Greek means “source of action” and “well” a “plentiful source or supply” and an e-mail sign-up form.

The royal couple first revealed their Archewell foundation on April 6, just a few days after they officially stepped down from their roles in the British royal family.

They revealed to The Daily Telegraph that their organization — which is also named after their one-year-old son, Archie — will offer services such as support groups, a multimedia educational empire and a wellness web site.

“We connected to this concept for the charitable organization we hoped to build one day, and it became the inspiration for our son’s name,” the couple told the Telegraph “To do something of meaning, to do something that matters.”

Since stepping down from the royal family and relocating to Los Angeles, Prince Harry and Meghan Markle have stayed busy participating in a number of virtual appearances, most recently hosting a Time 100 Talks episode on Oct. 20 that focused on “Engineering a Better World.”

The couple also appeared in Time Magazine’s “Time 100” television special where they discussed the importance of voting in the upcoming presidential election. The appearance stirred controversy, with some criticizing the couple for becoming involved in the politics of another country, which goes against royal protocol.