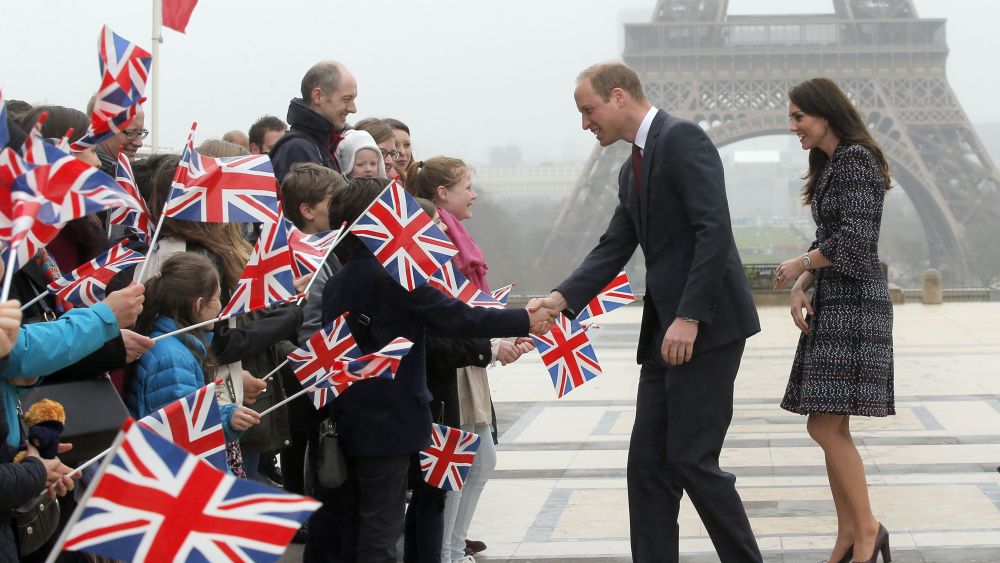 FRENCH FORAY: The Duke and Duchess of Cambridge visited Les Invalides over the weekend as part of a two-day, official visit to Paris, where they learned about the programs it offers in aid of veterans. They also met with first responders and victims of the Bataclan and Nice attacks.

Kate Middleton wore Chanel from head-to-toe, pairing a printed dress with a skinny belt and quilted bag. She accessorized her look with earrings, necklace and watch — all from Cartier.

The young royals also attended an event involving children and teens from France and the U.K., met with school children from the British Council’s Somme project and with French rugby fans.

They also took a trip to the Impressionist Gallery at the Musée d’Orsay, where they spoke to the curators about the gallery’s collections, which will be exhibited at the Tate Britain later this year.

The young royals attended a Six Nations rugby game with Wales and France competing. Held at the Stade de France, this will be the duke’s first royal engagement as the patron of the Welsh Rugby Union, a role he took over from his grandmother Queen Elizabeth in December.

The duchess swapped her Chanel dress for a red CH Carolina Herrera coat. She donned the coat during her Canadian royal tour last September.

On Friday, the duke and duchess attended a ceremony and parade at the Cavalry Barracks in Hounslow, England, and presented shamrocks to members of the Irish Guards before leaving for Paris where they were greeted by French President François Hollande at the Élysée Palace. They attended a reception hosted by the British Embassy followed by a black-tie dinner.

According to many royal-watchers, the duke and duchess are working as unofficial Brexit ambassadors, their visits aimed at strengthening ties between the U.K. and the continent. It’s no coincidence that they will visit France, one of the countries that has offered up some of the toughest talk about Britain’s exit from the European Union, just two weeks before Prime Minister Theresa May is set to trigger Article 50, and the negotiation talks.