The Duke and Duchess of Cambridge are celebrating their 10-year anniversary on Thursday. 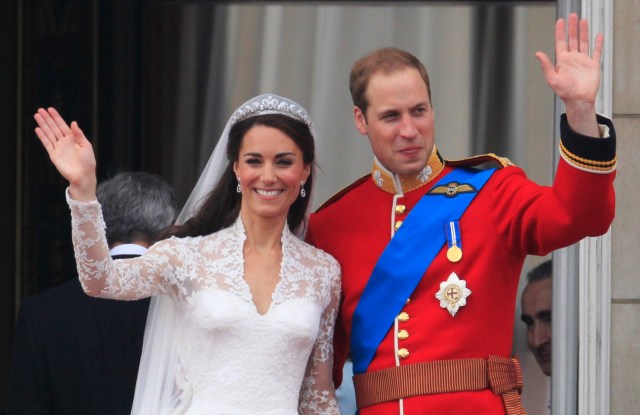 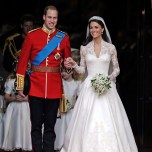 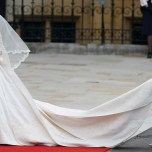 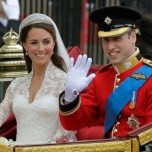 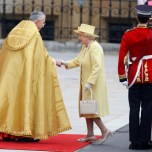 Ten years ago today, the Duke and Duchess of Cambridge, Prince William and Kate Middleton, had their royal wedding at Westminster Abbey in London, marking one of the most highly anticipated royal weddings since Prince Charles and Princess Diana got married in 1981.

The couple’s wedding brought together much of the royal family, including Prince Harry, who served as his brother’s best man, as well as Queen Elizabeth II, the Duke of Edinburgh, Prince Charles, the Duchess of Cornwall and many others.

Leading up to the event, much speculation surrounded which designer Middleton would tap for her gown. The honor ultimately went to Alexander McQueen designer Sarah Burton, who has gone on to dress the duchess on numerous occasions over the last decade.

Middleton’s dress embodied the modest, ladylike style she’s become known for during her time in the royal family. The Victorian-inspired dress was designed with an ivory lace bodice paired with a high lace collar and long lace sleeves. Her satin skirt featured a 9-foot train, which was carried by her sister Pippa Middleton, who equally made an impact at the wedding in a fitted ivory-hued dress also designed by Burton for Alexander McQueen. 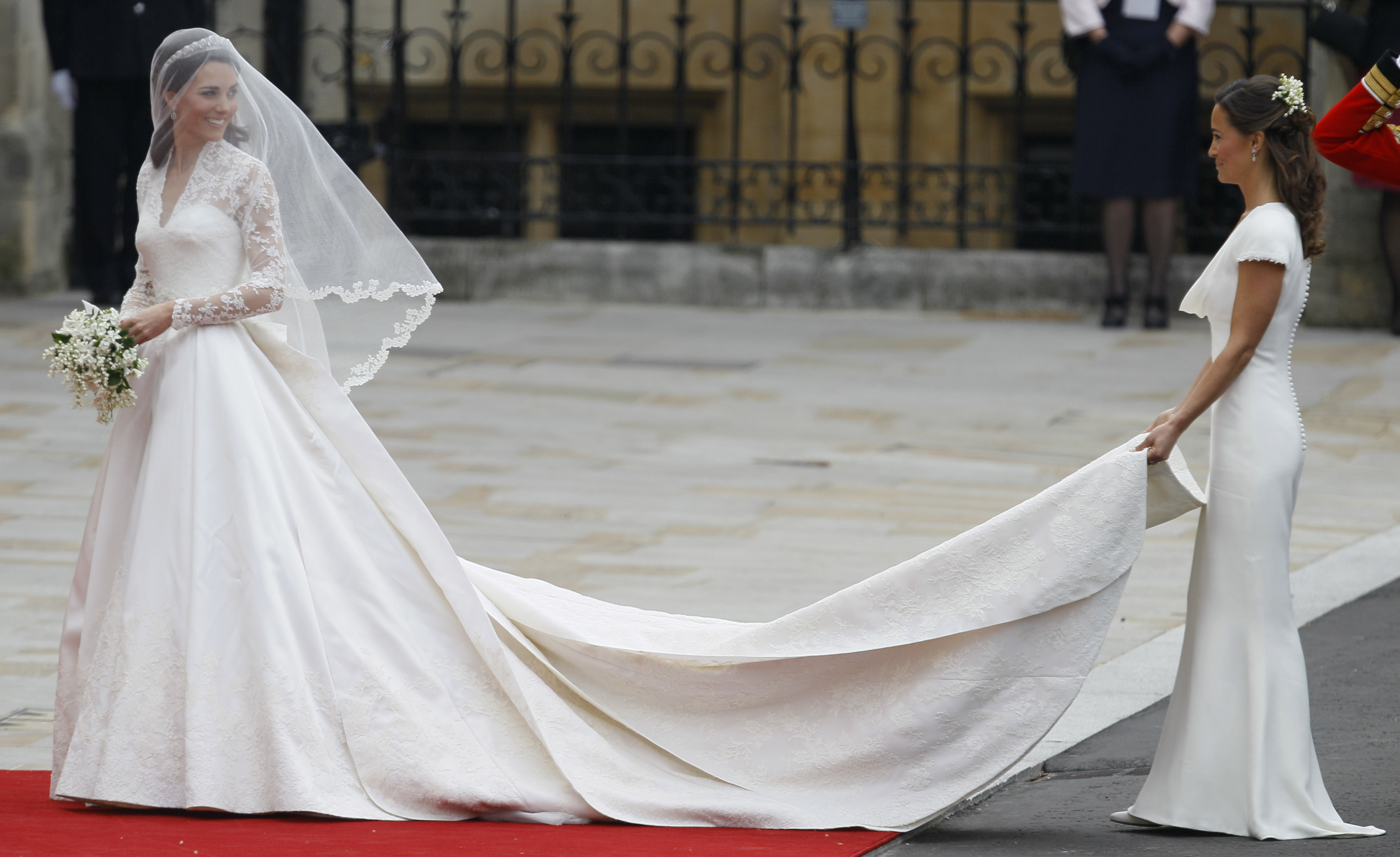 Kate Middleton and Pippa Middleton at Westminster Abbey in London on April 29, 2011.  AP

Lace was a crucial design component of Middleton’s wedding gown. The dress featured lace that was handmade at London’s Royal School of Needlework based at Hampton Court Palace and was appliquéd with individual flowers that were hand cut from the lace. The bodice and skirt were designed from hand-cut English lace and French Chantilly lace.

Buckingham Palace released a statement on Middleton’s dress after the royal wedding, stating the dress “pays tribute to the arts and crafts tradition. Ms. Burton’s design draws on this heritage, giving the cut and the intricate embellishment a distinctive contemporary and feminine character.”

Burton also released a statement on the wedding dress: “It has been the experience of a lifetime to work with Catherine Middleton to create her wedding dress, and I have enjoyed every moment of it. It was such an incredible honor to be asked, and I am so proud of what we and the Alexander McQueen team have created. I am delighted that the dress represents the best of British craftsmanship. Alexander McQueen’s designs are all about bringing contrasts together to create startling and beautiful clothes and I hope that by marrying traditional fabrics and lacework, with a modern structure and design we have created a beautiful dress for Catherine on her wedding day.”

Middleton paired the Alexander McQueen dress with Queen Elizabeth II’s Cartier Halo Tiara, which the queen’s father, King George VI, commissioned in 1936 for his wife shortly before he assumed the throne. The tiara is set with 739 brilliant and 149 baton diamonds, according to the Royal Collection Trust. 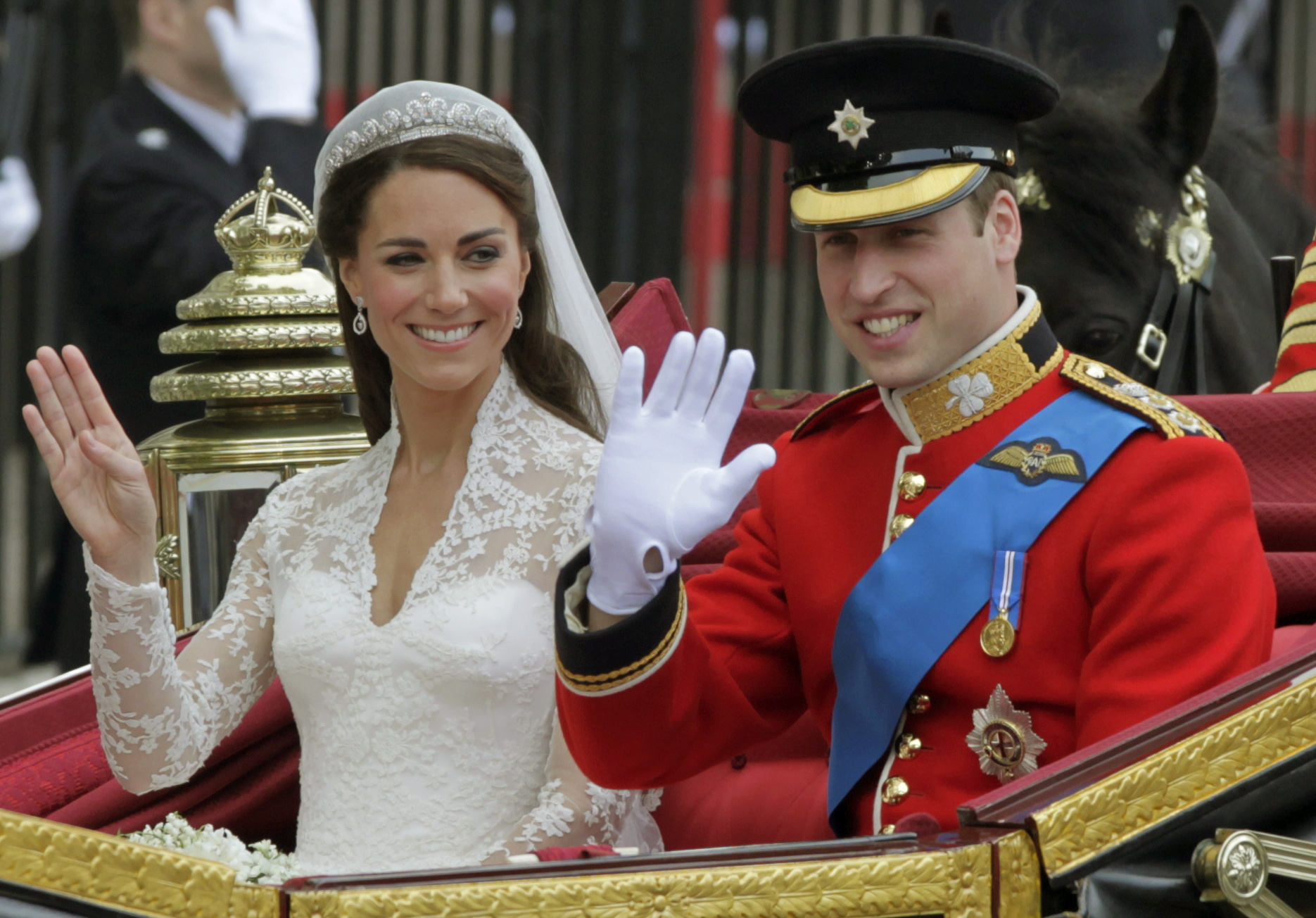 The accessory follows the tradition of royal women borrowing from Queen Elizabeth II’s extensive tiara collection for their royal weddings. The Duchess of Sussex, Meghan Markle, wore the Queen Mary Bandeau Tiara at her royal wedding to Prince Harry in 2018 and the queen’s granddaughters, Princess Eugenie and Princess Beatrice wore the Greville Emerald Kokoshnik Tiara and Queen Mary’s Fringe Tiara, respectively, at each of their weddings.

After their ceremony at Westminster Abbey, Prince William and Middleton joined other members of the royal family on the balcony at Buckingham Palace where they shared a kiss as spectators cheered them on from below.

Later in the day, the couple held the evening reception, where Middleton again looked to Burton to design her dress for that occasion. Burton’s design was more modern than the first, featuring a sweetheart neckline, jeweled belt and satin skirt. Middleton paired the dress with a white cardigan. 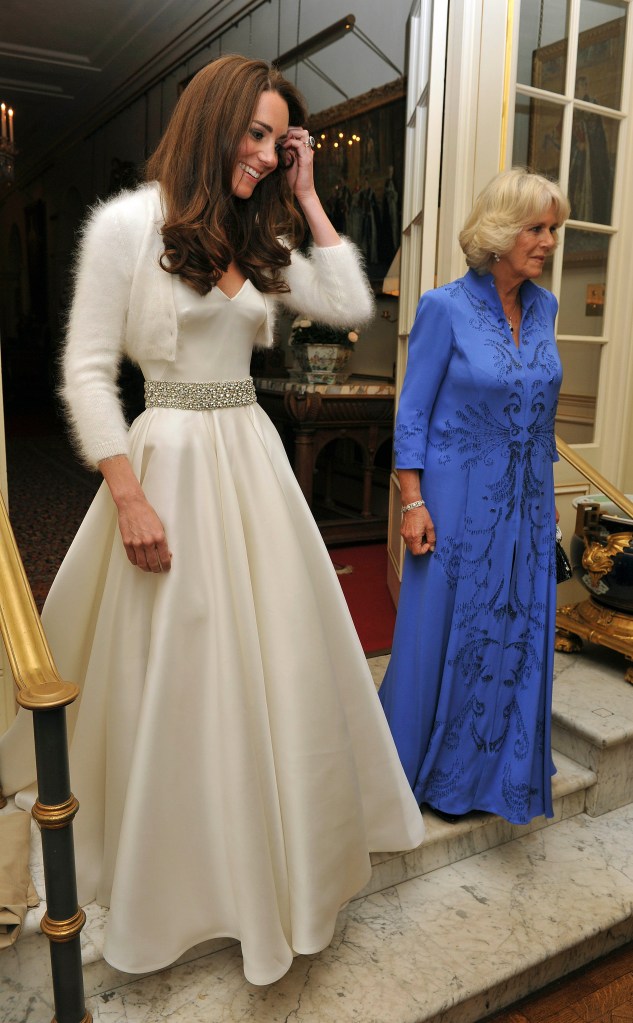 Click through the above gallery to see more photos from Prince William and Kate Middleton’s royal wedding.