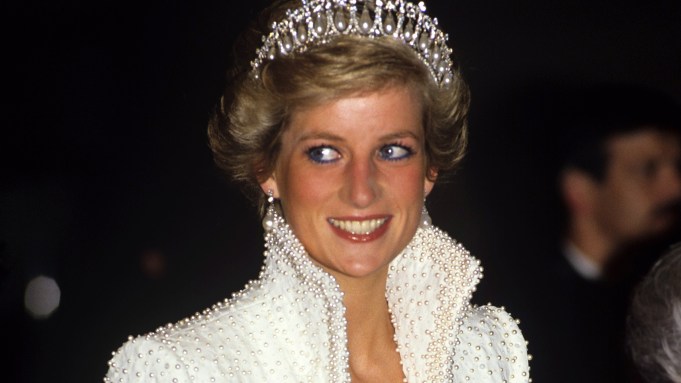 It’s without a doubt that Princess Diana was a master of royal dressing.

The late princess, who would have turned 59 on July 1, was known for adding her own spin on royal dress codes, favoring bright colors, bold suits and dramatic evening dresses.

Princess Diana had several high fashion moments in the Eighties and Nineties that have become hallmarks of her style, including the Victor Edelstein royal blue evening gown she wore to a White House state dinner in 1985, where she famously danced with John Travolta, and the beaded Catherine Walker dress she wore during a royal visit to Hong Kong in 1989 — which Diana herself referred to as the “Elvis dress” because of its high collar — paired with Queen Elizabeth’s The Lover’s Knot tiara.

Royal spectators became fixated with every sartorial choice (good and bad) that Princess Diana made for her royal engagements and every public sighting, setting the precedent for female royals that has been passed down to her daughters-in-law, the Duchess of Cambridge, Kate Middleton, and the Duchess of Sussex, Meghan Markle.

While each duchess has her own unique style, both have paid homage to Princess Diana with their style since joining the royal family. Middleton, for one, wore several looks during her royal tour of Pakistan last October that resembled pieces Princess Diana had worn while on her multiple visits to the country.

Although it’s been nearly 23 years since she tragically passed away, Princess Diana is still a prominent figure in the cultural lexicon, thanks in large part to the story of her marriage to Prince Charles, her standout style moments and constant depictions in TV and film, most notably the upcoming season of Netflix’s “The Crown,” which cast newcomer Emma Corrin as the princess, and the recent casting of Kristen Stewart to play Diana in a film next year.

Here, WWD looks back at some of Princess Diana’s most iconic fashion moments. Click through the above gallery for more.

A Look at Queen Elizabeth’s Most Extravagant Tiaras

Megxit Explained: Why Harry and Meghan Left the Royal Family