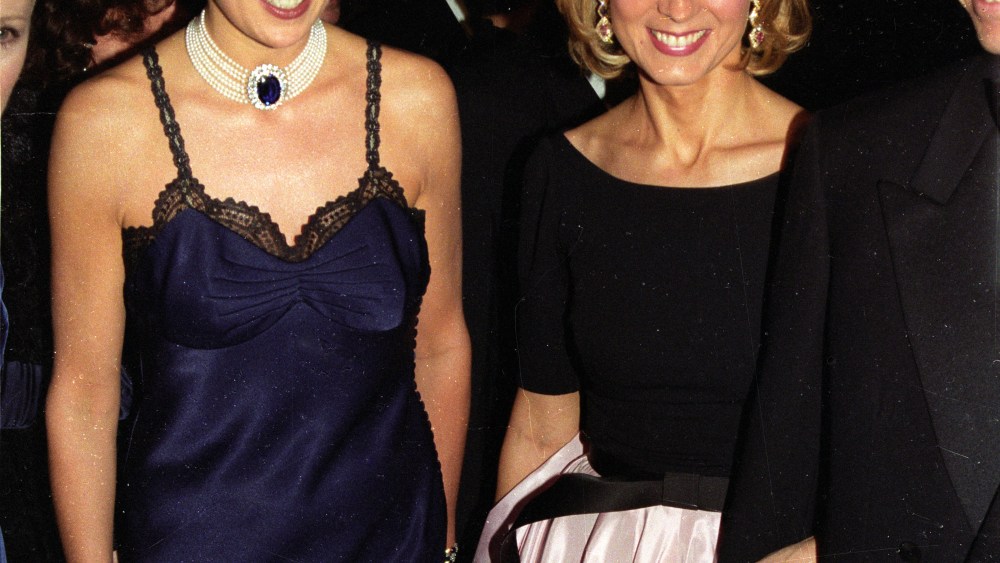 Princess Diana’s style icon status has persisted long after her untimely death more than 20 years ago and has only continued to increase thanks in large part to the royal’s frequent portrayal in television and film.

The late princess, who would have turned 61 today, has long remained in the cultural lexicon thanks to many TV shows and movies released in the last few years depicting dramatized versions of Princess Diana’s life, take Netflix’s “The Crown” and Kristen Stewart’s portrayal of the princess in her Oscar-nominated role in last year’s “Spencer.”

The princess is also regularly referenced by her daughter-in-law, the Duchess of Cambridge Kate Middleton, through the duchess’ style. Most recently, Middleton gave a nod to the princess at the Royal Ascot last month where she wore a white and black polka dot Alessandra Rich dress. The dress was similar to an outfit worn by Princess Diana at the Royal Ascot in 1988.

Princess Diana arguably set the precedent of royals being watched for their style, something that has been passed down to her daughters-in-laws Middleton and Meghan Markle. The princess’ style has long been revered for its sophistication, elegance and unique spin on royal dress codes. The princess was a friend of the fashion industry as much as she was an admirer, having forged relationships with the likes of Gianni Versace, Naomi Campbell and Christy Turlington Burns, among others.

The princess attended several fashion industry events following her separation from Prince Charles in 1992. Princess Diana attended the CFDA Fashion Awards in 1995 wearing a navy Catherine Walker dress and her sapphire pearl choker to present an award to her friend Liz Tilberis, the late editor in chief of Harper’s Bazaar.

WWD’s coverage of the 1995 awards gala described the buzz around Diana’s attendance, writing: “Perhaps you’ve heard that Princess Diana has been in town? And that the Council of Fashion Designers got her for its big fandango at Lincoln Center? And that ticket sales to the biggest fashion event of the year soared?”

Donna Karan described Princess Diana as being “like a queen” and actress Fran Drescher, who presented an award to Cynthia Rowley, said, “Well, the queen of Queens gets to meet the Princess of Wales!”

For more on Princess Diana’s style, click through the above gallery to see photos of the princess from the WWD archives.