By Lorelei Marfil on May 6, 2016
View Slideshow 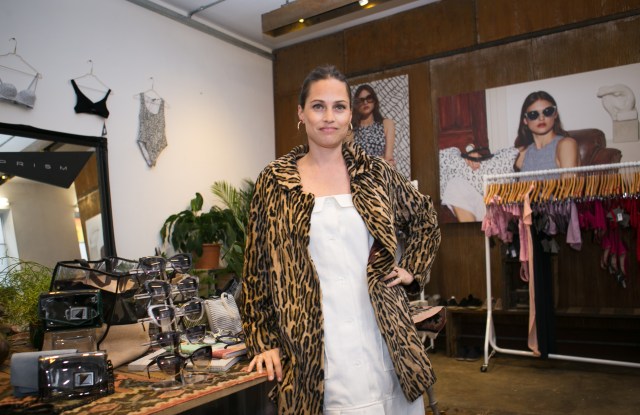 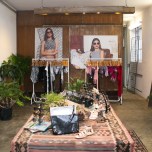 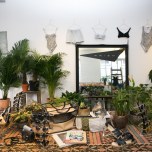 “We wanted to bring the brand to the crowd in east London,” creative director Anna Laub told WWD. “There is a lot going on here and our main market is the summer. I think people still like to shop in a physical space. We have just re launched our Web site as well so we wanted to kind of bring our new Web site alive and bring it closer to people in a physical space as an opportunity for people to try stuff on and see what we are about.”

It will carry an edited selection of swimwear, eyewear, beach cover-ups, bags, sandals and espadrilles. In addition, the shop will offer men’s eyewear and limited edition exclusives. Prices start at 76 pounds or $110, for a bikini bottom to 470 pounds, or $681, for a Mustique travel bag. The pop-up will run from today through May 15.

As a part of their expansion plans for this year, the brand will unveil a new e-commerce platform, which includes a product search page and a blog that features art, travel and culture. Content will include lifestyle features, tips and advice from names including Quentin Jones. Laub has also tapped set designer Robert Storey, artist Chloe Sells and Quentin Jones to take over the brand’s Instagram account.

Laub is eying the U.S. and Australian markets. “I would like to open in Los Angeles, New York and Sydney are actually my next goals,” said Laub. “I think it would make sense to open stores where the sun shines, near the beach. The U.K., America and Australia are key markets for us. Obviously they are huge but then in between that lots of different summer markets, so it can be anywhere from the south of France to — we sell a lot in the Ukraine and Russia. But obviously a lot of the sort of luxury resorts, we sell in Hawaii in the Four Seasons and Bahamas, places like that. The resort destinations are really key for us.”

With resort wear as a key collection for the label, Laub has opted to shift from hosting an event to showcasing her line in September to June. “For us, resort is a bigger season,” said Laub. “I think now getting press for an event is much more about direct consumers well as press. It’s a more key time for us to get press at the beginning of the summer instead of the end of summer. I am trying to think about marketing both as a direct consumer as well as. A lot of designers are doing the direct to buy from the catwalk but actually as a really small designer that idea is almost impossible because you can’t produce a wholesale account before they have seen it and bought it.

“I am trying to make press events double effective,” she added. “If you can use the timing to direct the consumer as well as press. Obviously June is a better time because it is the beginning of the summer. It makes way more sense to do that. Resort is a much bigger collection for us so it is kind of trying to combine talking to press as well as talking to the consumer.”

In the past, Laub presented her ranges in various formats. “I tried to do something quite different most years but as a regular thing I showed in New York for spring, just once a year,” she added. “We used to show at the Top of the Standard and last year we had an ice cream van and drove around with all the shoes and gave out handmade ice cream. Just trying to do slightly different things every time just to change it up and keep it fresh.”

Launched in 2009 by Laub, Prism started off as an optical glasses range, which grew to swimwear and espadrilles. The label’s flagship is located in Marylebone. The brand is shortlisted for the Vogue Fashion Fund under the British Fashion Council.