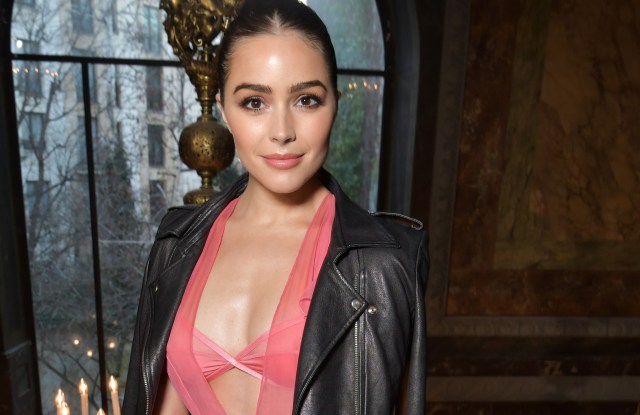 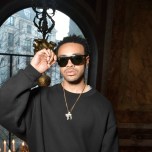 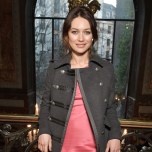 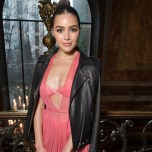 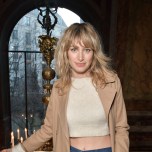 ON THE MOVE: Olga Kurylenko has been in Paris shooting a film with a post-apocalyptic premise opposite Romain Duris. Front row at John Galliano’s fall show, the actress said her next project would be in Terry Gilliam’s film “The Man Who Killed Don Quixote.”

“I play Jacqui. She’s hard to describe….She’s a girl who likes to cause trouble,” the former Bond girl of “Quantum of Solace” fame said. The movie will require several months of shooting on location in Spain and Portugal. “I love those countries.”

Other front-row guests included the musician Maejor, who has produced tracks for Justin Bieber and is currently in the process of launching a solo career. Maejor said he had several songs slated for release this month.

This is the musician’s first time attending Paris Fashion Week. “I’m loving it. I’m meeting a lot of great people and learning a lot about fashion,” Maejor said. “It kind of all fits hand-in-hand [with music]. It’s all art.”

It’s been four years since former Miss Universe Olivia Culpo passed on the tiara, but the model and actress has held on to her jet-setting ways. “I’ll leave Paris on Wednesday, going to London for a few days, going to Miami, and then New York before I go back to where I live, L.A.”

In “American Satan,” the forthcoming film by Ash Avildsen, Culpo plays the girlfriend of a band member who loses his way after achieving fame, she said.