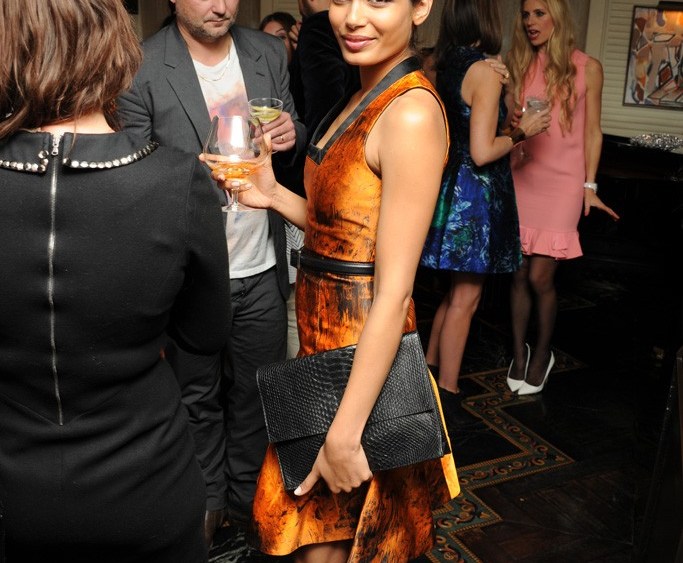 LONDON — “I had the headphones on and I just got lost in the music,” Jack McCollough said after visiting the new David Bowie retrospective at the Victoria & Albert Museum in London. “You’re going through the show and all of a sudden a song comes on, and you forget everything.”

McCollough and his partner Lazaro Hernandez, the design duo behind Proenza Schouler, took in the Bowie show on a whistle-stop tour of Europe that will also see them visiting Paris and Milan before returning to New York. Before landing in London — where Net-a-porter hosted a dinner in their honor on Tuesday night — they were on holiday in Mexico. “And we weren’t eating tacos and drinking margaritas — we were actually drinking green juice,” McCollough said of their detox holiday.

Guests at the dinner at 34 in Mayfair included Freida Pinto, Maggie Cheung, Tiphaine and Dinos Chapman, Jacquetta Wheeler and Laura Bailey. They dined on white asparagus and grilled swordfish and a steady stream of margaritas, which hostess Natalie Massenet urged everyone to guzzle.

“It’s lemonade,” Chapman said to his wife, after a big, salt-rimmed glass landed squarely in front of him.

Speaking of food and drink, Pinto said she planned to eat up a storm during her London trip. “I’m a foodie, so I’m definitely going to E&O — they should give me free meals because I talk about it so much,” she said, referring to the popular pan-Asian restaurant in Notting Hill.