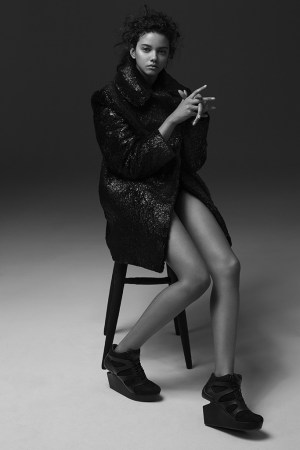 LONDON — Puma is expanding its relationship with the Alexander McQueen brand, and plans to launch PUMA x McQ, which will go on sale August 1.

According to a joint statement from the brands, the debut collection merges the McQ collection’s “rebellious spirit and bold youth culture references” with Puma’s history of athletic innovation.

“McQ reinterprets influences from global youth culture for a modern wardrobe whilst remaining true to the spirit of the house of McQueen,” said McQ brand director Andy Rogers.

“Sportswear has become an essential style status symbol on the streets of major cities around the world, so we’re very excited to be partnering with Puma for this collection of trainers.

“The mixing of sportswear with high fashion defines much of modern style, so it felt right to partner with a brand with such a strong history of designer collaborations,” he added.

Adam Petrick, brand director at Puma, said that the sports performance brand and McQ have drawn on their “divergent yet complementary” experiences to investigate the point at which performance blurs into fashion,” he said.