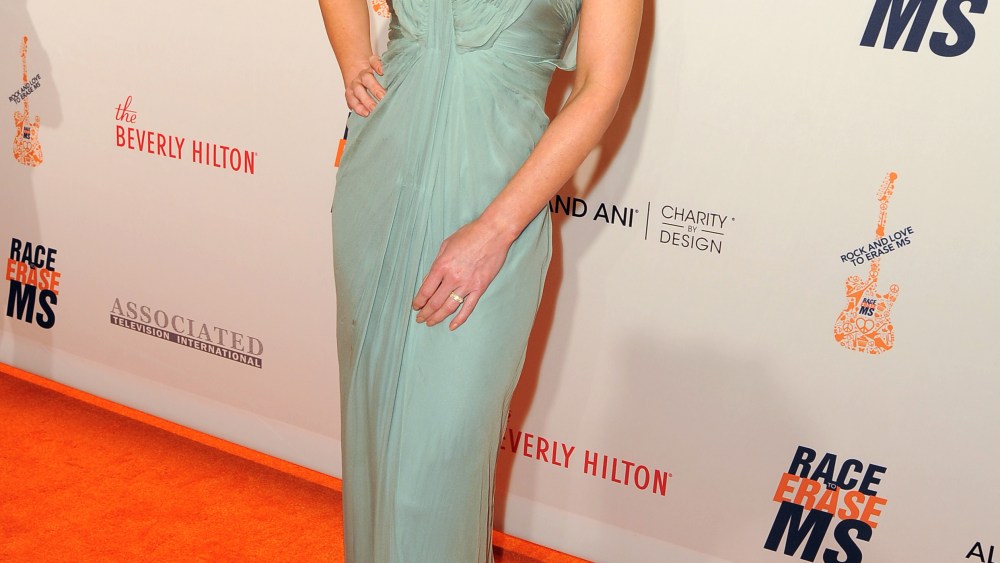 Stars aligned on the orange carpet at the 23rd Annual Race to Erase MS Gala at the Beverly Hilton hotel on Friday night when Randy Jackson, Jaime Pressly, Ashley Tisdale, Garcelle Beauvais, Larry King, Camilla Luddington, Naya Rivera, Jillian Rose Reed and Katherine McNamara turned out to support the charity’s founder Nancy Davis. Said host LL Cool J, “None of us would be here if it wasn’t for Nancy. Twenty-three years ago she was given the shocking diagnosis of multiple sclerosis and made it her life’s mission to put an end to the suffering.” This year’s Medal of Hope award went to Alex and Ani founder Carolyn Rafaelian. The event raised over $1.6 million to benefit Davis’ Center Without Walls program, a collaboration of top MS research centers working to treat and find a cure for the disease.

“Awkward” actress Reed said she wanted to inspire her young audience. “I just wanted to show them that there are celebrities their age getting involved in important things. As a celebrity who has a platform, it’s my job to teach them.”

The night’s entertainment began with David Foster and Eric Benét, who honored the late songstress and longtime Race to Erase MS supporter Natalie Cole. “She’s a legend,” Benét told WWD before his rendition of the duet “Unforgettable,” which swapped his vocals with those of Cole’s father Nat King. He mused, “My first trip to Hollywood, when I was in my early 20s, my introduction to Hollywood was meeting Natalie Cole.”

Cole’s tribute was followed by a two-song performance from “The Voice” alum Jordan Smith and a mini concert by Kiss that caused the crowd to fill every inch of free standing room with their cameras aimed at the stage.

Before that, guests flexed their purchasing power by spending  hundreds of thousands of dollars on trips to Hawaii, Dubai, the Maldives, the Bahamas, Africa, tea time with The Osbournes and the traditional go-to live auction item, a puppy.

Pressly whose job it was to prep guests for the auction, quipped, “That’s the only thing that being a celebrity is really good for. That, and getting a table when you don’t have a reservation.”