Since her popular Bravo reality show went off the air, Rachel Zoe has been Instagramming her on-duty and off-duty life with regularity, but she’s officially launching an Instagram Stories series, called “Real Life With Rachel Zoe,” on March 5. The two-minute stories, which will post every Sunday at 9 a.m. PST, are meant to bridge the gap for her former television audience and her followers who now consume content digitally. 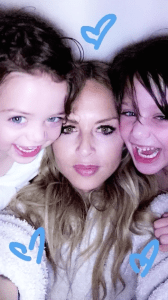 “We came up with the idea in September and have been testing it since October, for one simple reason: People have asked for the show back,” said Zoe. “I think that given what social media has become in our universe, it’s just totally natural. They want things that are quick, funny, fast and not overproduced.”

In fact, there are no producers. Most of the iPhone video footage is shot by Zoe’s husband Rodger Berman, and she and her staff compile photos and videos throughout the week to create each “episode.”

“It’s completely unscripted and unplanned; it’s everyday life. People feel like they’re getting a taste of the show in my new life as a mom, stylist, designer and editor in chief of The Zoe Report,” she said.

Like all Instagram Stories, the content only lives for 24 hours, but Zoe said she’s saving each episode for eventual use on her other social platforms. This week’s official debut will center around Oscars week, and future ones will focus on the Coachella festival, where she’s doing her Zoe-asis initiative for the third year, and the Cannes Film Festival, where she is attending the Golden Lion ceremony.

“Sometimes, it could be just be a work trip and drama of being stuck in an airport for 12 hours,” she said. “I prefer it that way. In reality, Rodger is shooting me when I don’t even realize it. I’ll be making pancakes or rolling pizza dough with my boys and I’ll be like, ‘Turn that phone off or I’m literally going to throw it in your face.’ And because he’s my husband he’ll say no.”

Zoe said that the video content on her site has grown “about 900 percent in the last year. It’s hugely important to our brand and we will for sure grow these Stories across all our platforms.” Zoe is also planning to hold her spring 2018 fashion presentation in Los Angeles again, ahead of New York Fashion Week in September.

“I think if we can get a fun group of [designers] to do it here again, it would be great. Even if we don’t, I’m still doing it. We don’t need 100 people, just a couple with our own flavor. I’m not trying to make any bold statements; I’m just trying to have fun,” she said, adding that she still plans to attend the NYFW shows and her New York market appointments. Plus, she’ll need footage for her upcoming “Real Life With Rachel Zoe” episodes.