Rafael Nadal Suits Up for Tennis

The tennis star played a match of futnet against Gregory van der Wiel in a suit from a limited-edition THFLEX collection by Tommy Hilfiger. 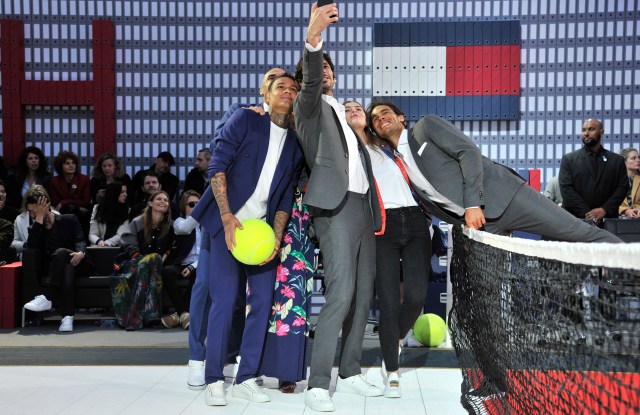 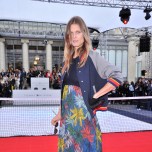 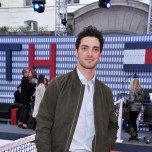 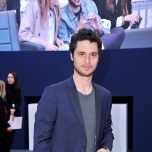 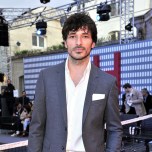 Ahead of the French Open, which is to begin its first round here on Sunday, tennis star Rafael Nadal faced off PSG defender Gregory van der Wiel in a friendly match of football tennis — sporting a new suit.

“I’m more of a jeans-and-polo-shirt kind of guy,” Nadal laughed, “but this piece is really meant to practice sports in,” said the brand ambassador for Tommy Hilfiger Tailored, underwear and fragrance about his ultralight, ultraflexible two-piece suit in charcoal gray from the brand’s TH Flex collection. “It’s the first time I play like this,” he noted, before fighting himself to a final score of 10:10 on the makeshift court built inside Paris headquarters of Tommy Hilfiger.

Van der Wiel, who had taken the lead towards the end, gave credit to his opponent.

“I like the way he plays with his heart, he never gives up. When a ball is too far, he will go after it and save the point, and I appreciate that as a sportsman,” he noted, adding that the sartorial piece perhaps contributed to speed and agility. “I don’t wear so many suits in real life, but I actually don’t feel like I’m wearing one now either. It’s really comfortable,” he said, ripping his open like Superman.

Bela came with her son Jozef, both passionate tennis players. “My son is better than me, but I’m left-handed like Nadal,” the model informed.

Casta couldn’t believe she was about to meet her idol. “I have a lot of admiration for this kind of athletes. People often don’t realize how much they sacrifice to be where they are.”

Bélingard, a ballet dancer at the Paris Opera, said what he admires about Nadal is “the way he puts his personality aside.” “It is pretty much what we do as dancers, so I am very sensitive to that kind of concentration. To get to a point of precision, you have to put your feelings away, and I see that with him, I like it,” said Bélingard, who is about to premier a solo he choreographed for himself, called “Parade for the End of the World,” at the Maison de la Culture du Japon next weekend.

Does he also take to the tennis court some time? “I’m a surfer,” he grinned.

The limited-edition TH Flex Rafael Nadal capsule collection is available through Tommy Hilfiger stores, on tommy.com and at select retailers. Made of virgin wool with 1 percent spandex, the suits go for 550 euros, or $616 at current exchange.