Rag & Bone Pops Up at Isetan 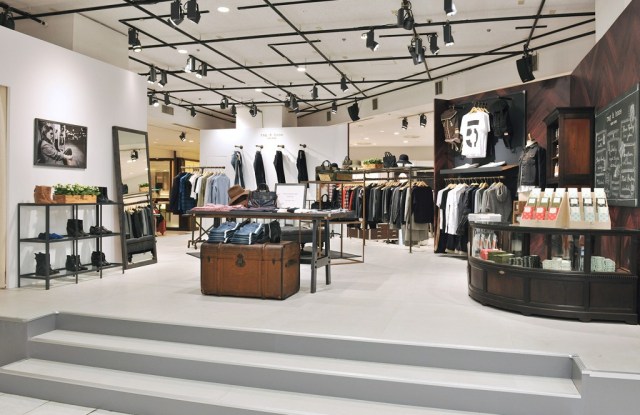 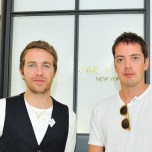 GOLDEN TICKET: David Neville and Marcus Wainwright are in Tokyo to celebrate the opening of a Rag & Bone pop-up shop at Isetan’s Shinjuku flagship and the design duo has taken a page out of Willy Wonka’s playbook to promote it.

Open for just one week, the shop sells a selection of the brand’s best-selling merchandise, as well as several collaboration items, including a series of chocolate bars from Mast Brothers. Inside 50 of the chocolate bars are golden tickets, earning one of five handbags or 45 Smythson notebooks. The pop-up also carries bottles of whiskey from Kings County Distillery and backpacks by Japanese brand Porter as well as rain boots by Hunter.

“The idea when we were discussing the concept [of the pop-up] was to try and show Isetan customers what Rag & Bone stands for,” Neville said. “There’s a lot of references to our English past and our New York present, so a lot of the collaborations are either English or from New York or Brooklyn.”

Wainwright said it was important for the brand to present its range beyond fashion. “It’s a company that has a lot of history and a lot of authenticity. And I think this is a good representation of the things that we think are cool and some of the other brands that we love and really admire,” he said.