An event for the RRL line over the weekend featured vintage motorcycles and a lavish American brunch. 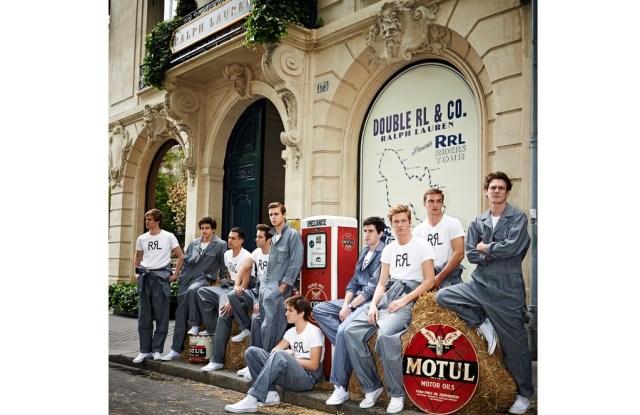 Some 200 vintage motorcycles roared up the Boulevard Saint-Germain and parked in front of Lauren’s flagship, where the Double RL shop is tucked away on the fourth floor.

The client event, dubbed the “RRL Riders Tour,” featured a 99-kilometer, or 61.5 mile, motorcycle tour and a display of the customized bikes, the youngest dating from 1998.

Tubs of ice were filled with bottles of Samuel Adams beer to fuel the laid-back, denim-clad crowd, which grazed on mini cheeseburgers and fudge brownies in the leafy courtyard of Ralph’s restaurant. A live performance of country music by Fiona Culley capped off the afternoon.

Present in France since Lauren opened the flagship in 2010 in a painstakingly restored 17th-century town house, the Double RL brand has cultivated a local following for its Japanese denim and rugged, vintage-inspired casualwear. Famous aficionados are said to include singer Vanessa Paradis and actors Jean Dujardin and Johnny Depp.