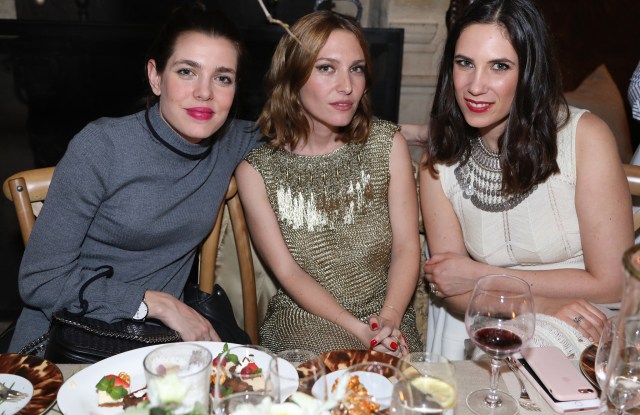 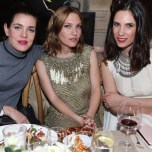 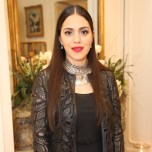 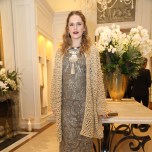 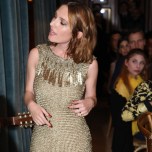 The setting was the brand’s stately flagship on Boulevard Saint-Germain, which was festooned with flowers, reminiscent of the see-now-buy-now catwalk display Ralph Lauren put on for the line in February in New York with the backdrop of some 100,000 orchids.

“It’s a brand we love,” Casiraghi said. “And specifically this collection — the nomad collection — ties in well with our aesthetic and our idea of travel.”

This year, she and Alikhani are celebrating the fifth anniversary of Muzungu Sisters, which is their online fair-trade marketplace. “We’re doing a collaboration with a children’s wear brand that we’re launching soon,” Casiraghi continued.

Alongside increasing its offering for kids, the site will be adding more men’s wear and developing its main line. “Our idea is to continue building on our relationships with our existing artisans, and maybe looking for talent closer to home,” said Alikhani, referring to London.

“When we launched the collection, Tatiana and I were both able to travel several times a year, to India [or] Morocco to source items. And since then we’ve both had two children, so our travel is somewhat limited,” she continued.

The site already commissions weavers in Sicily and embroiders in Hungary. “We always said that we would never stop working with any community,” she said. “Once you start working with them, then you’re committed for life.”

At the outset, Muzungu Sisters worked with six different groups and now that count is 15. “The idea is to continue expanding,” Alikhani said.

She and Casiraghi received their friends — including Joséphine de la Baume, Lauren Santo Domingo, Eugénie Niarchos and Bianca Brandolini — upstairs in the Ralph Lauren mansion. The cocktail was held in the lounge of the ground-floor restaurant Ralph’s, where the dinner took place.

A highlight was the live performance by de la Baume, who ended her three-song set with a rendition of The Velvet Underground’s “Femme Fatale,” dedicated to Casiraghi.

De la Baume was in town filming the second season of “Au service de la France,” the Netflix show about the French secret service in the Sixties. She had just wrapped a movie in Los Angeles, called “The First,” about Hollywood’s silent film era. There’s also “Madame” set to come out, in which she plays Harvey Keitel’s mistress.

“He’s one of my favorite actors,” she said. “He is a very generous actor. He loves improvising, and really leaves you the space to improvise, which is really incredible.