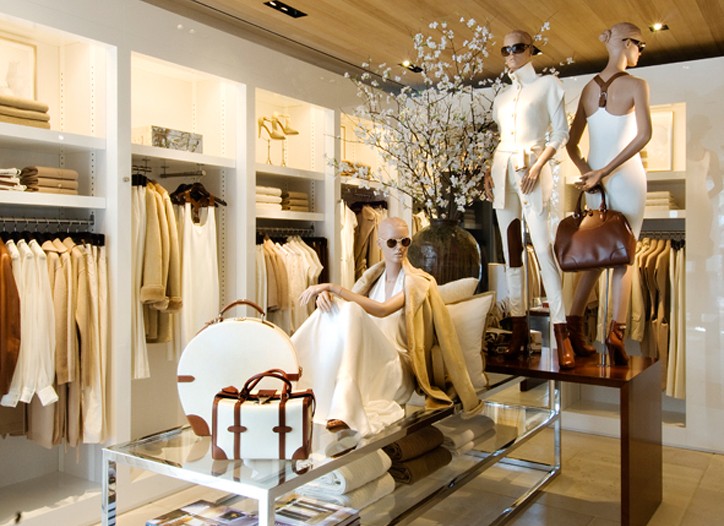 RALPH’S APRES-SKI: Polo Ralph Lauren is taking to the slopes over the holidays. On Monday, the label will host a cocktail party at its Gstaad, Switzerland, store, followed by a dinner for 50 guests at The Palace hotel there. And in the new year, the label will fete its new St. Moritz store on the Via Serlas, with a party at the boutique on Jan. 2. Tyler Brûlé, editor in chief and chairman of Monocle magazine, will host the party at the store, the design of which is based on the aesthetic of classic cars mixed with contemporary elements. The store’s decor features tumbled French limestone floors, white lacquer fittings and a teak ceiling. And appropriately for its Swiss location, the store will house the first stand-alone Ralph Lauren watch boutique, along with a full selection of Ralph Lauren Collection and Black Label ready-to-wear for women and Purple Label and Black Label for men.

THEY’LL TAKE MANHATTAN, MAYBE: Kohl’s Corp. appears to be cooling its interest in 1775 Broadway, a site it has eyed for months as its first Manhattan unit, two real estate sources said this week.

“They’ve scrapped Manhattan,” said one of the sources. However, the other source said Kohl’s will still one day end up with a store in the borough.

One possibility is the former Filene’s Basement on Sixth Avenue, on the same block as T.J. Maxx. Kohl’s also has examined 224 West 57th on the southeast corner of 57th and Broadway, the Argonaut Building, which is vacant, as well as Herald Square and Times Square. It’s anxious to follow on the heels of one of its primary competitors, J.C. Penney Co. Inc., which in July opened its first store in Manhattan on 33rd Street in Herald Square.

Nordstrom Inc. has been eyeing Manhattan locations for years and is opening a Nordstrom Rack outlet in the former Virgin Megastore at Union Square. Nordstrom continues to seek a location for a full-line store, but it’s search seems to have cooled, as well. Target recently opened on 116th Street and the FDR Drive in the East River Plaza, and is interested in opening in a more fashionable hub.

The 1775 Broadway site is being renovated by Moinian Group, the landlord, and is located between 57th and 58th Streets and between Broadway and Eighth Avenue, just south of Columbus Circle. For a retailer, there are three levels at 33,000 square feet each. The Menomonee Falls, Wis.-based Kohl’s doesn’t comment on real estate speculation.

MENICHETTI’S RETURN: Roberto Menichetti is back on the fashion scene, this time with a new project that nurtures his passion for two wheels.

The Gubbio, Italy-based designer, in fact, was named creative director of Brema, an innovative motorcycle wear specialist. Based in Ancona, Brema dared to do colorful suits when black ruled the biker world. And the company used technical materials other than leather well before its competitors.

Menichetti will design Brema’s signature line, giving it a trendier spin, and will be in charge of a new co-branding collection called Brema Menichetti. The latter is a high-performance collection dedicated to hard-core riders that launches in March, though biker Marc Coma of the Brema team will wear a preview during the Dakar 2010 race beginning Jan. 1.

Moreover, Menichetti will relaunch his signature ready-to-wear collection, which will be produced by Brema. “It will be a new and very essential concept for sportswear,” said Menichetti of his line. Menichetti, former creative director of Burberry Prorsum and Jil Sander, launched his own line in 2004 that was discontinued two years later.

The Menichetti signature line and Brema will bow for spring 2011.

NAUGHTY AND NICE: Samantha and Justine Roddick, the daughters of the Anita Roddick, founder of The Body Shop, are sustaining the family tradition in retailing. They’ve opened a Coco de Mer store in New York, at 236 Elizabeth Street, between Houston and Prince Streets. It’s the first in the city, the fourth in the chain, and a different concept from The Body Shop, though anatomy figures in. “We wanted to create a space that communicates that sexual liberation is conditional; sexual pleasure is intrinsically linked to warmth and kindness, a desire to give and receive and sexual ecstasy is woven into simple values of respect and ultimately love,” said Samantha. “Understanding pleasure and learning the art of loving makes each one of us a better person.” The product line includes jewelry that doubles as massage rings, lingerie from Stella McCartney, erotic books and gifts, moisturizing milk baths, eco-friendly products and sex toys. There’s also an educational component. In February, the boutique will begin hosting “lessons in the art of loving.” Coco de Mer operates a boutique in Los Angeles and two in London.

NEW YEAR, NEW YOU: Not wanting to totally trample holiday feasting, internist and celebrity dermatologist David Colbert won’t release his new book, “The High School Reunion Diet: Lose 20 Years in 30 Days,” until Jan. 1, but he has been busy doling out tips to get through this month’s festivities without tacking on 5 pounds. “Aside from the obvious — touch up the Botox and do little fillers, there are all kinds of secrets to reeducate your brain around food. If you can’t get to a farmer’s market and have to go to a grocery store, shop from the perimeters. That’s where all the fresh food is.”

He suggested loading up on kale, nuts, fish, ruffage of any sort, and low glycemic fruits to keep the waistline in check and to try to offset Father Time. Colbert said he first dreamed up the idea for the book after noticing his better-looking patients always seemed to have better diets than the ones whose skin looked sallow and whose eyes didn’t shine. Michelle Williams, Miranda Kerr, Rachel Weisz and Amy Sedaris are among his devotees. In March, Colbert will unveil a signature collection of “daily nutrition for the skin.”