The shop is likely to be the first of many for the designer. 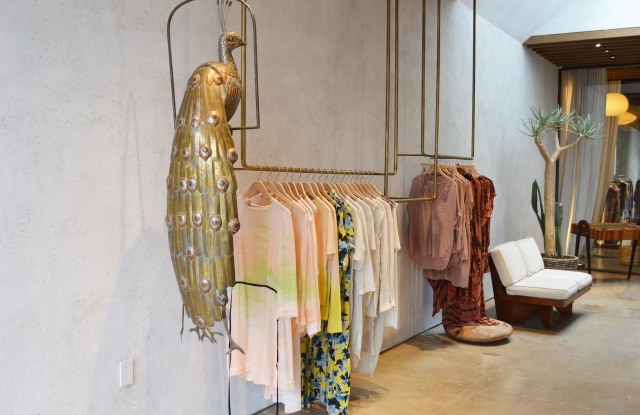 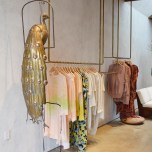 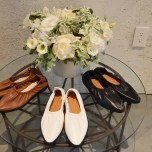 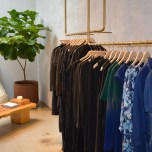 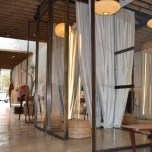 It’s something she had been talking about with her best friend as far back as 1995 and the Los Angeles designer, who got her start in retail working at Barneys New York, next month will hold a grand opening to celebrate the milestone.

“I like to do things when they feel right and not before,” Allegra said. “It started feeling right a couple of years ago and we started talking about it. The collection had evolved to the degree that we really could do that now….It feels like in some ways I’ve been living quite private. I’ve just been creating and not living as much publicly in terms of how the brand is shared. I only just two seasons ago started showing with New York Fashion Week, so I think that I was just finally ready to show myself and share the whole story.”

Coming from a retail background, Allegra knows all too well the challenges in telling that full story at a multibrand retailer. Having 1,300 square feet to merchandise gives her the opportunity to experiment with exclusive items, while also feeding her sense of comfort at retail where she can help customers style outfits.

Allegra said the plan is to eventually open more stores, but the time would have to be right.

The designer, known for her delicate hand-dyed pieces, got her start repurposing Ts from L.A. County jails. She’s since moved on to hand-dyed chiffon and printed linens and is now in more than 200 stores, including Harvey Nichols, Barneys  and Merci, the latter of which commissioned her to do an in-store installation.

A vintage piece from her days deconstructing those prison shirts now hangs in the window of the freshly opened space against the backdrop of a ceiling-to-floor, hand-crocheted piece made by an employee using fabrics from the collection. Allegra then used that as a canvas on which to paint.

The store is also an extension of her love for collecting jewelry and what she called “treasure hunting.” Pieces from her collection sit in a case resting in the middle of the store and include vintage items she’s sourced from the Rose Bowl Flea Market in Pasadena, small shops locally or on her travels to places such as New Mexico.

“My jumping-off point has more of an art element than a fashion element,” she said. “That, to me, is the whole point of having a store, where it’s just a pure, creative outlet.”