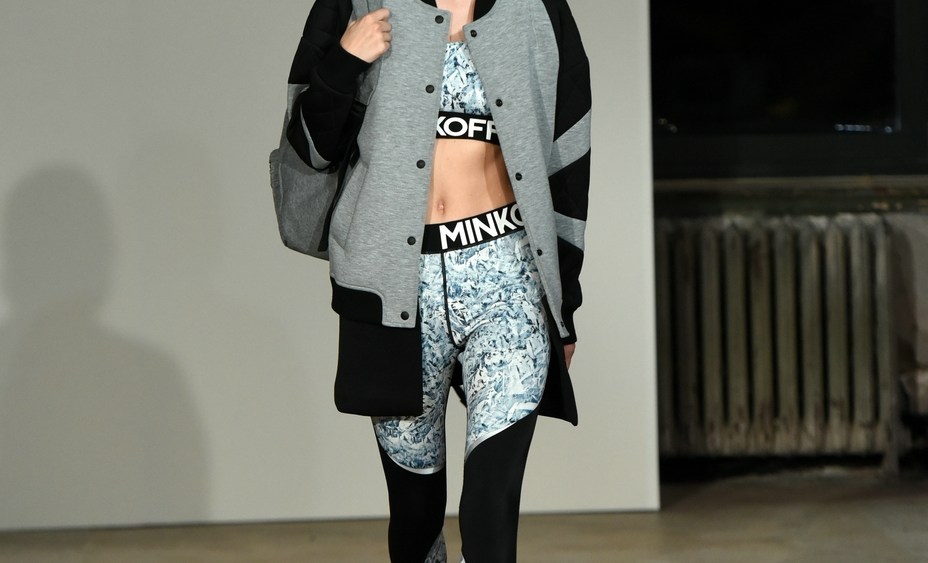 Rebecca Minkoff is taking her athleisure collection directly to her customer.

Earlier this week the designer partnered with AOL build to bring a live, shoppable fashion show, but with a twist. Unlike Minkoff’s bi-annual runway shows during Fashion Week that are targeted to industry editors, retailers and influencers, the event that took place at AOL Studios in downtown New York City was consumer facing, with more than 200 fans in attendance.

“With the show being livestreamed and shoppable, I wanted my customer to be able to capture that from the runway. I think people are much more comfortable experimenting with that,” Minkoff said.

The designer has 100 Millennials who work in her office — ones who want to look fashionable, but also want to be able to hit the gym after work (“or at least look like they worked out,” Minkoff added).

Consumers watching the livestream were encouraged to head to rebeccaminkoff.com to order pieces from the designers’s athleisure offerings, which include $138 cloud print leggings, $78 sports bras with criss-cross straps, as well as pants and bras adorned with a crystal print and reflective detailing.

“Some of this is performance-based. I think combining fashion with function has really elevated the game. You can leave the gym and feel like you’re still fashionable,” Minkoff said.

“We are allowing ourselves to break molds if we want, show clothes outside of fashion week, livestream it and add a shopping element after. It is our platform and our space to do whatever makes sense,” Lindbergh said, noting that this will be the first of many similar events.