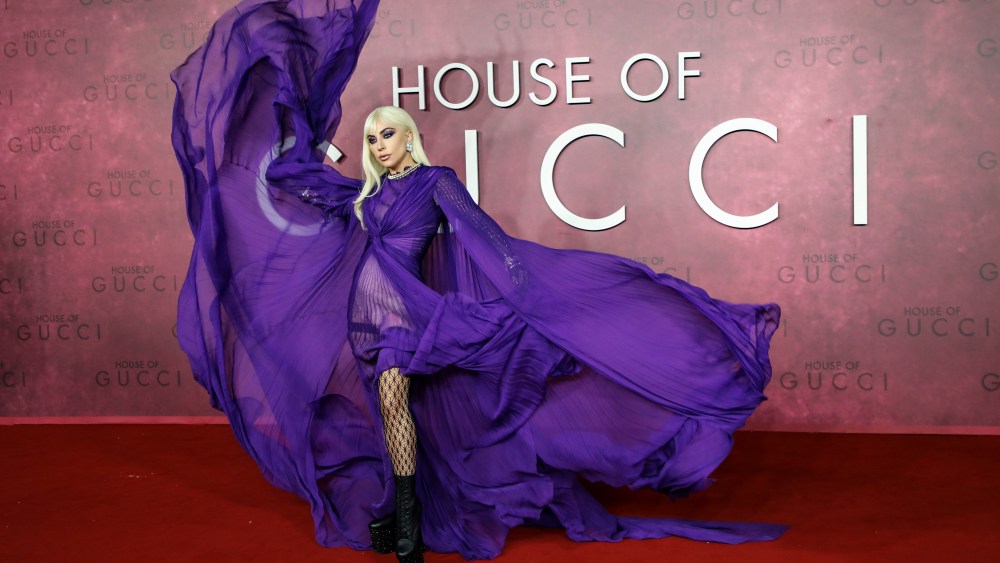 “House of Gucci” has kicked off its hot streak of movie premieres this month.

The much-anticipated murder drama, directed by Ridley Scott, held its world premiere in London on Tuesday, with its star-studded cast turning heads with their fashion-forward red carpet looks.

She was styled by Sandra Amador and Tom Eerebout. The former has worked with other stars such as Maggie Gyllenhaal and Chloë Grace Moretz.

Salma Hayek wore a custom look by Gucci, which was a V-neck gown with cap sleeves and silver metallic leather heeled platform sandals. She topped off her look with jewels from the Italian label.

While his costars donned outfits from Gucci, Adam Driver opted for a crisp, clean navy suit by Burberry. The actor recently became the new face of the British brand’s fragrance Burberry Hero.

“House of Gucci” depicts the events that led up to and the aftermath of Maurizio Gucci’s murder orchestrated by Reggiani, his ex-wife, in 1995. At the time, Maurizio was the head of the iconic Italian fashion house, which was founded by his grandfather Guccio Gucci.

MGM Studios’ “House of Gucci” is set to premiere in theaters Nov. 24.

Moore From L.A.: Alessandro Michele on ‘House of Gucci’ and Learning to Love Hollywood

‘House of Gucci’ Reveals New Trailer and Posters Ahead of Release