Giancarlo Giammetti has been watching the polemic over red soles ignited by Christian Louboutin’s legal action in New York against Yves Saint Laurent. 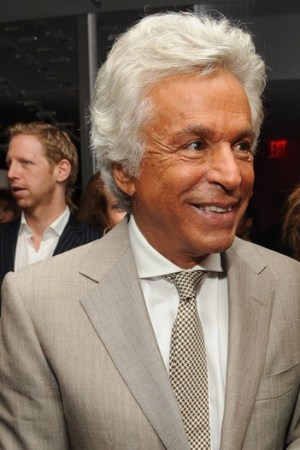 RED, RED WHINE?: Giancarlo Giammetti, the longtime business partner of designer Valentino Garavani, has been watching with some bemusement the polemic over red soles ignited by Christian Louboutin’s legal action in New York against Yves Saint Laurent, alleging infringement on its trademark color. Giammetti points out that the now-retired Roman couturier, famous for his red gowns, also designed shoes with red soles way back in 1969 and 1983. In the latter year, Garavani also made soles in rhinestones and in fabrics to match the clothes. Louboutin started using red soles in 1992.

BIG-NAME PARTNERS: Are Saks Fifth Avenue, H&M and Macy’s the Cee Lo Green, Christina Aguilera and Blake Shelton of fashion? Well, that’s what NBC seems to believe. They’ve lined up employees from the retailers to be the judges on the reality show contest “Fashion Star,” which is shaping up to be like “The Voice” for the fashion business. Scheduled to premiere during the first half of next year, the show will feature around 14 designers vying for a multimillion-dollar contract to launch collections at Saks Fifth Avenue, H&M and Macy’s. Elle Macpherson has signed on to host and executive produce, and Jessica Simpson, Nicole Richie and John Varvatos will serve as mentors. The next question might be: Can anyone at Saks Fifth Avenue, H&M or Macy’s sing?

MINKOFF’S NEW ROLE: Rebecca Minkoff celebrated the opening of her first shop-in-shop at Los Feliz boutique Confederacy on Tuesday night with help from good friend and model Agyness Deyn. Minkoff, a friend of the owner of Confederacy, said the venture was a good way for her to “get my toes into retail without the huge risk that some people take.” Next up is finding a location for a New York flagship and the arrival of her son in the next two months.

Deyn said designing is “not something that I’m getting into immediately,” although she admitted that “it depends on the phase of life I’m in and what I’m into.” The model, who just finished shooting a movie in London called “Pusher,” said she plans to pursue more acting. Minkoff, who is adding a fragrance to her three-year plan, also said some other brand extensions are ahead. Celebrity friends Danny Masterson, Lauren Conrad, Ashton Kutcher and Busy Phillips also came out to support Minkoff on her big night.

RONSON DOES BEAUTY: Charlotte Ronson will introduce her first “lifestyle beauty collection,” Charlotte Ronson Beauty, in September in all 280 U.S. Sephora doors. Ranging from $14 for a heart-shaped lip gloss to $28 for a vintage-inspired makeup bag, the line, which will include products for hair, face and body, as well as accessories, will be sold exclusively at Sephora. Limited edition seasonal collections will be added throughout the year.

“I’ve always designed for girls who believe that less is more, and I’ve stayed true to my aesthetic with this beauty collection,” said Ronson. A slew of Ronson’s famous friends, including Nicole Richie, Drea de Matteo and Ronson’s sisters, Samantha and Annabelle, inspired and collaborated on shades for the makeup range. “The collection was created with my friends and family in mind, and each product is named after their unique style and beauty,” said Ronson.

LUCKY LADIES: Jessica Alba hosted Lucky’s bash Wednesday night to celebrate its partnership with ThisNext.com, the shopping-meets-social networking site based in Santa Monica, Calif. “I love to shop online for my home and for kids, but when it comes to my clothes, I like to try them on,” said Alba, which is understandable given she is expecting her second child very soon.

The actress and ambassador for Baby2Baby, the Hollywood mom charity benefiting from the event, also has graced the cover of Lucky, along with Lauren Conrad, who was also present at the Pacific Palisades home of ThisNext editor in chief (and former GQ West Coast editor) Mary Alice Haney.

Conrad, who will be busy hawking her line Paper Crown at Project this month, sighed, “We all know what that week is like.”

Bell is spending the summer in the city in order to make the rounds of auditions. “Other than that, I’m just getting ready to hit the books again in September,” said Bell, who is leaning toward a history and religion major.

JACKSON CHANGES GEARS: London designer Betty Jackson will shutter her stand-alone store on London’s Brompton Road and, after 60 runway seasons, will not show during London Fashion Week in September. A spokeswoman for Jackson said the designer, 62, has decided to take a yearlong break, or what students in Britain would call a “gap” year. “Her reasons are varied, but quite simply she wants to rethink things and reassess her options, take some time to travel, and also to give some more time to her many [arts and charity] commitments,” the spokeswoman said. She added that the company was not closing down and that deliveries and customer service would be fulfilled for the fall 2011 season.

The Brompton Road shop will shut in the spring, and all future collections will be distributed online and through wholesale channels. Jackson will continue to work with the British department store Debenhams on the Betty Jackson Black collections, which include women’s wear, accessories, bath and body and home ware.