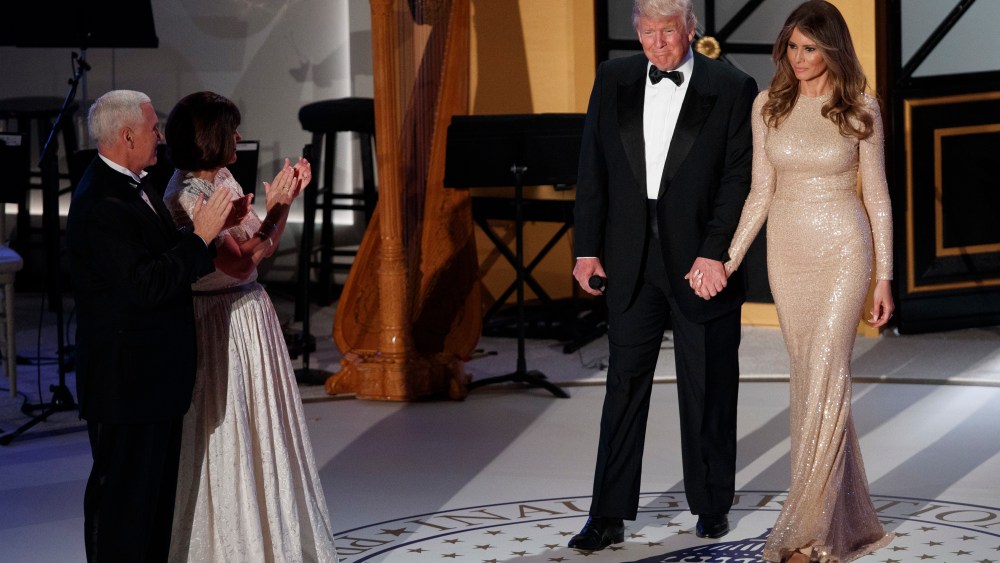 Designer Reem Acra got the nod from Melania Trump for tonight’s candlelight dinner at Union Station in Washington.

“The First Lady-elect is wearing the renowned international designer, Reem Acra, to celebrate the 58th presidential inauguration at a candlelight dinner with her husband, President-elect Donald J. Trump, and their supporters,” a spokeswoman said. “Mrs. Trump appreciates the well wishes she has received from around the world, and looks forward to participating in the events of the next few days along with the American people.”

Acra, a native of Beirut who has also lived in Paris and Hong Kong, is known for her refined, often intricately crafted eveningwear that draws from a diverse range of influences. Trump chose a gown with a high glam factor: a form-fitting silhouette with high neck and long sleeves in glistening allover pale gold embroidery.