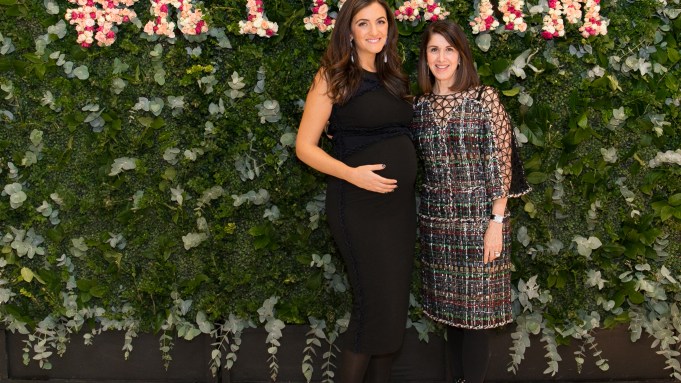 It’s been a big year for Rent the Runway; just this week, the company feted seven years in business by opening physical retail locations in both New York and San Francisco.

At a Tuesday night party to celebrate the fashion rental company’s shop in Neiman Marcus, chief executive officer Jennifer Hyman took a minute to reflect on the company’s recent projects. This year saw a number of new updates to the service, including an Unlimited subscription service, an expansion into physical retail, app updates that help customers place and receive local orders within hours and the first shops-in-shop in a luxury retailer.

“The way women are shopping is changing — it’s fundamentally different,” Katz said. She said that the new Rent the Runway space was both a learning experience and a chance to court the fashion flock and early adopters — many of them in the tech industry — that might be visiting Neiman Marcus for the first time due to the RTR store.

San Francisco is one of RTR’s top five markets, and the space is on the fifth floor of the Neiman Marcus outpost, so the customer gets a full tour of the store by the time they’ve arrived there. The space also includes for-purchase accessories such as shoes and bags, so it encourage impulse purchases to complete a look that might have begun with an aspirational rental gown.

The more than 150 attendees fit Rent the Runway and Neiman Marcus’ key demographic; namely, founders, investors and influencers who tend to be early adopters. Aileen Lee, who is founder of venture capital firm Cowboy Ventures, cohosted the event with Wired contributing style director Lauren Goodman. (Lee is an investor in RTR.)

Hyman, who gave a quick demo of the new RTR location-based app services, said that the store in San Francisco, which she called the “center of innovation,” was a statement to the ways in which the tech world can collaborate with luxury retail.

The partnership, she said, was one in which new forces can come together and serve the customer in unique ways — adding that ultimately, saving time is the most wonderful of luxuries.