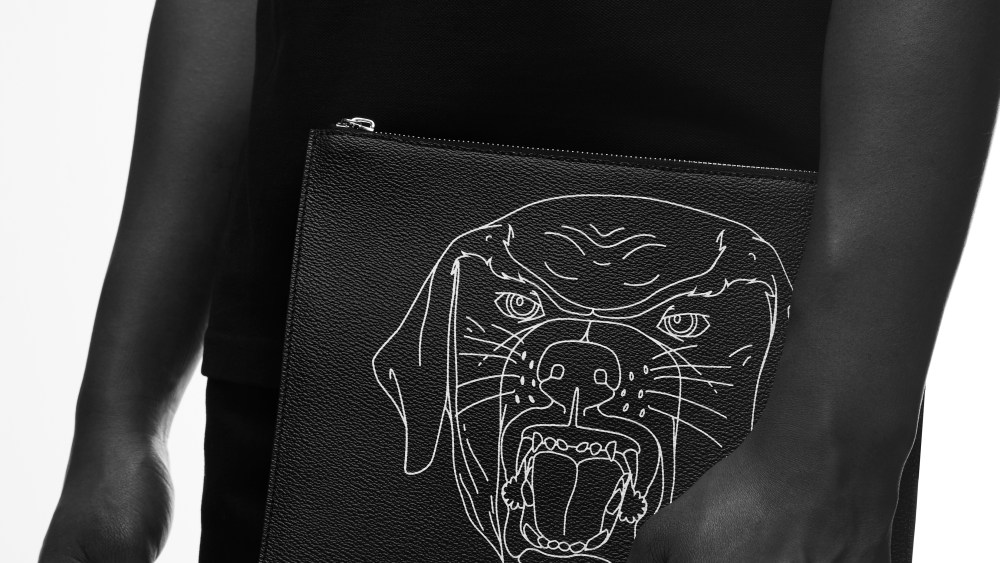 Givenchy designer Riccardo Tisci has long had a thing for Rottweilers. Since debuting a print of the dog breed on a T-shirt on the runway in 2011 — Kanye West and Rihanna were among the first adopters — it’s been worn by celebrities and influencers the world over. Since then, he’s used the print on leather goods, bags, wallets, change purses and backpacks.

And now, Tisci is offering another iteration of the growling dog print. The limited capsule collection — called appropriately, The Rottweiler — reinterprets the print in a white outline sketch. It has been applied to Ts, sweatshirts, caps, shoes and bags. A new addition this time around is the iPad/document holder.

The capsule is available now at Givenchy Madison Avenue store in New York and will be offered at Barneys New York in mid-February. Retail prices will range from $170 to $950.