The singer has shown her collection in Paris for the last two seasons. 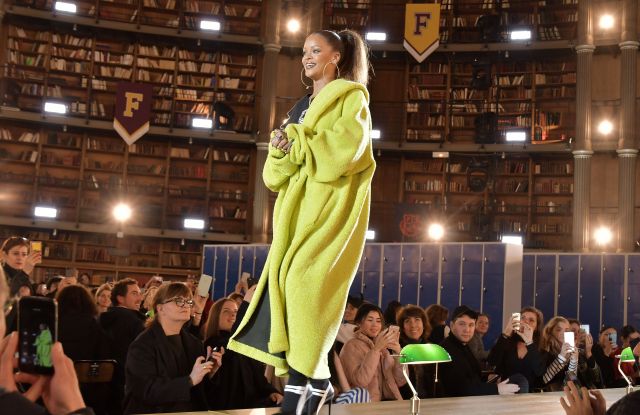 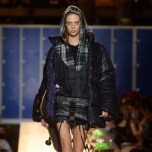 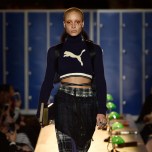 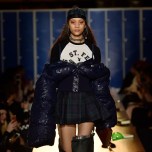 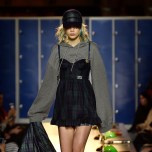 Au revoir, Proenza. Adieu, Rodarte. Ta-ta, Thom Browne. While several high-profile American brands have decided to abandon New York Fashion Week for Paris, at least one major international name is doing the opposite and bringing her show back to town: Rihanna.

After two seasons showing her Fenty Puma by Rihanna collection in Paris, WWD has learned that Rihanna is heading back to New York Fashion Week, where she launched the line with her first show for fall 2016.

Rihanna was unavailable for comment but Puma issued this statement: “After two successful seasons showing during Paris Fashion Week, Rihanna has decided to return to New York and show her Fenty Puma by Rihanna spring 2018 collection during NYFW, making this the first time she will present during September NYFW.”

Details of the date and location of the show have yet to be confirmed, but if the past is any indication, it will be one of the late shows with an elaborate set. Rihanna presented her first Fenty Puma collection at 23 Wall Street, followed by spring 2017 at Paris’ Hôtel Salomon de Rothschild, and most recently at Bibliothèque Nationale de France for fall. Reportedly working with a different designer every season, including Adam Selman for spring, she’s veered in aesthetic from show to show — going from Japanese Goth to frilly 18th-century-inspired sport to stereotypical wayward schoolyard cliques — but always maintaining a sporty, gender-fluid baseline.

Puma, which is controlled by Kering, signed Rihanna to a three-year contract as creative director in December 2014. “Puma trusted me in a major way that a lot of companies wouldn’t,” she said after her first show.

The singer has myriad other fashion projects, including a Dior ambassadorship which included a sunglass range, as well as collaborations with Manolo Blahnik, Chopard and Stance socks, with which she signed a three-year deal in 2015.

For More Rihanna News, Check Out:

Watch: WWD Goes Behind the Scenes at Chanel Couture