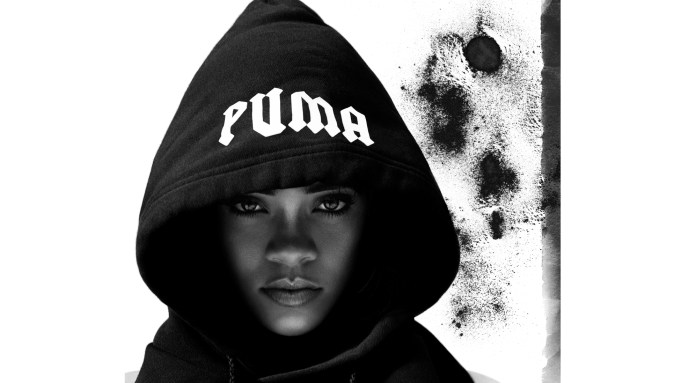 Rihanna may be headed for Paris Fashion Week, but that doesn’t mean she’s abandoning New York altogether. As first reported by WWD last week, RiRi’s Fenty Puma collection will stage pop-up shops at Bergdorf Goodman and Six:02. Today, Puma has revealed that Rihanna is scheduled to make personal appearances at both locations.

On Sept. 6 — a day before Kanye West’s Yeezy Adidas show — Rihanna will appear at a private VIP shopping event at Bergdorf’s, and then jet downtown to Six:02’s new 34th Street store to shop with fans on a first-come, first-served basis.

Shoppers at the events will have access to Fenty’s new designs — including a sneaker heel style, a mesh bandana cap, and lace-up backpack — before they are more widely distributed on Sept. 7.

With this announcement also comes the unveiling of the Fenty Puma fall campaign, photographed by Willy Vandeperre, and styled by Alastair McKimm. The images feature models Fei Fei Sun, Cong He and Sang Woo Kim.