Walking out of the yearly VS show, I’ve always had a mix of emotions as a woman, as an editor and as a rabid consumer of pop culture. I left the Barclays Center on Tuesday night knowing that I am enough. 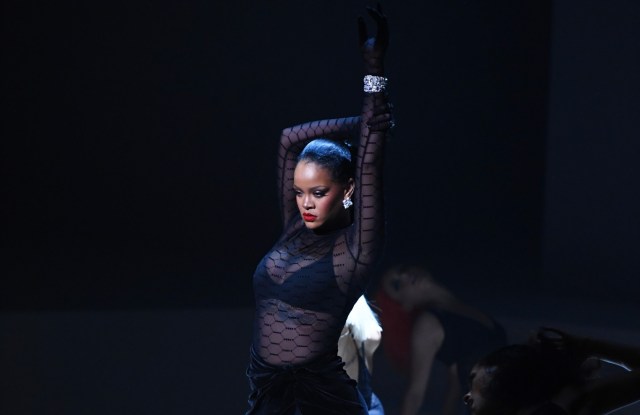 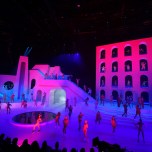 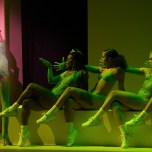 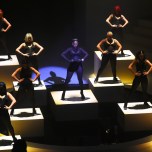 As anyone who has attended Fashion Week for a decade-plus can tell you, there are only a few shows each New York season that get people buzzing.

Most New York fashion shows tend to be de rigueur, with practical, wearable collections with interest created through a marketing blitz presented alongside the runways (Cheetos, anyone?). But industry members who WWD has talked with over the past week have said this NYFW has been an exception. Young, emerging designers — as well as established ones — have generated the kind of excitement not seen in years.

But nothing seemed to create more buzz than Rihanna’s Savage x Fenty invite. The invitation itself was cryptic with the location stated as “Brooklyn.” Only the night before was it revealed that the event would take place at the Barclays Center and that there would be musical performances — and notably, that guests’ phones would be “locked” and all photography would be prohibited as the show would be streaming exclusively on Amazon come Sept. 20.

It was Tuesday at 8:10 p.m., the second to last day of New York Fashion Week, when I entered the Barclays Center with my colleague Leigh Nordstrom. Coincidental as it may be, last year it was also Leigh who I attended the Victoria’s Secret Fashion Show with, in November. It was her first VS show, my fifth. Neither of us had attended a Rihanna-led fashion show before.

As soon as I walked in I had to hand over my iPhone, putting it out of my hands for the first time in days. Security locked it in a mini scuba suit pouch and I had some time to think.

No Instagram. Does it even count if I can’t prove I was there?

But Rihanna! Live music! Atmosphere! Anticipation! It reminded me of the time Victoria’s Secret banned cell phone photography and guests were handed small gray cellophane bags to place their smartphones in. I recall some editors from major media companies breaking the rules at the time, risking posting content from the event on social media. It seemed worth it then.

Tuesday night’s locked neoprene smartphone pouches by Yondr were far more official — no cheating here with a magnetic lock (although those few who managed to sneak in their phones and filmed during the show had their devices confiscated by security who watched intently in the dark of the arena).

As we were seated at 9:40, a voice announced that everyone present had been “hand selected” to attend and that we were encouraged to cheer and dance. We waited and watched guests file in, from Ashley Graham to Ashley Benson, until the show began promptly at 9:43 p.m. Less than 15 minutes past the scheduled 9:30 start time.

Darkness settled over the Hollywood-worthy set with Giorgio de Chirico-like building structures replete with staircases, arched doorways and ramps centered around a pond of water at the center. Ancient Greece-meets-futurism. All surreal. In the dark, stagehands and dancers got into place and held still.

The lights came on and there she was. People screamed.

Clad in a sheer illusion bodystocking under a black bra and mini skirt with high-heeled pointy boots, Rihanna performed wordlessly and flawlessly among a group of dancers clad in black lingerie and white sneakers and scrunched-up sweat socks.

Then, act by act, dancers spanning all races, body types and genders would set up in different vignettes, dancing their hearts out.

Models were interspersed with dancers and other performers. Gigi Hadid was the first model to “open” the show and…that’s when it crystallized for my iPhone-less self: Seeing the dancers in sneakers was a marked contrast from the teetering and strutting that the models do in sky-high stilettos at the VS Show. I would always cringe at seeing models walking those runways shake and nearly lose their footing time and again in those spindly shoes.

Covering the market, the month prior to the Victoria’s Secret Fashion show I’m typically inundated with pitches on “How to Train Like a Victoria’s Secret Angel” and meeting with the official facialists and spray tanners for models in the show. It all sets the tone that perfection is the goal.

At Savage x Fenty, everyone looked comfortable, happy and as if they had a part in what they were modeling. They owned it.

In one vignette, Laverne Cox emerged in a hot pink bodysuit kicking and dancing. It was exhilarating, a watershed moment. She was vivacious and full of life.

Walking out of the yearly VS show, I’ve always had a mix of emotions as a woman, as an editor and as a rabid consumer of pop culture. I have spent time with its models both backstage and before the big event (I’ve even tried on wings, and let me tell you that wearing them while balancing on stilettos, not to mention while wearing hair extensions and lash extensions, is nothing short of Olympian). Of course, there was beauty there, but it was a singular one and one carved from a male ideal.

I always left VS feeling a little less-than.

As my colleague Andrew Shang, who reviewed the collection, so aptly said, “Savage x Fenty was created for the female gaze, not the male gaze.”

It was as if Rihanna were saying to women, “Why are you concerned that you aren’t good enough when you should just do you?”

And judging by the beaming expressions of my fellow showgoers, who are apt to leave a fashion show picking apart what they have just seen or complaining about schlepping to the next location, I was not alone in my feelings. It’s not every day that fashion people are joyful en masse. Leave it to Rihanna to create a sense of self-love while cutting down on our screen time, too.

Video: See Why NYFW is Back On Top