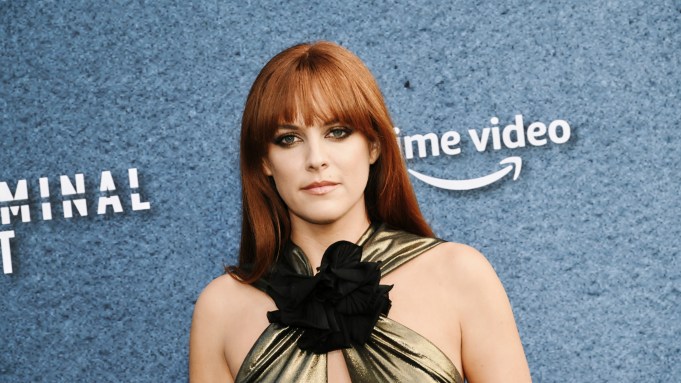 The actress, who is Elvis and Priscilla Presley’s granddaughter, attended the premiere of the Amazon Prime Video series Wednesday night in Los Angeles wearing a Saint Laurent look designed by creative director Anthony Vaccarello. Keough walked the red carpet wearing a gold jersey liquid lamine dress with a crisscross design and gathered waist with a black floral embellishment. She paired the look with the design house’s Smoking Clutch and Kidd Boots.

The actress, known best for her roles in the films “Zola” and “American Honey,” has had several memorable red carpet moments recently as she’s joined the cast of the upcoming “Elvis” film on its press tour. Keough has attended multiple screenings and press events over the last month wearing looks from Chanel, Saint Laurent and other designers.

“The Terminal List” debuts on Amazon Prime Video on July 1. The action series follows an army lieutenant as he takes it upon himself to investigate the mysterious circumstances surrounding the death of his entire platoon.

Riley Keough on Directing, Nepotism and Crying During ‘Elvis’