Robert Clergerie will launch a range in May, in homage to the Alice sequel.

By Lorelei Marfil on May 3, 2016
View Slideshow 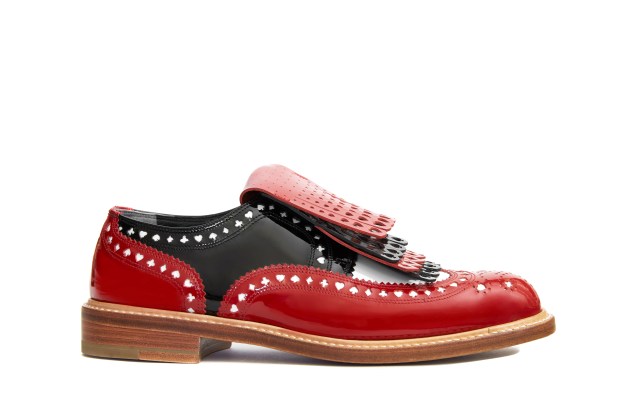 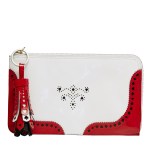 ALL FOR ALICE: Disney has teamed with a bevy of fashion designers on a series of capsule collections to celebrate the worldwide release of Disney’s “Alice Through the Looking Glass” movie on May 27.

Robert Clergerie will be launching a range in May, in homage to the “Alice” sequel. The brand joins a roster of designers including Marc Jacobs, Olympia Le Tan, Vans, Essentiel and Irregular Choice who have all created special ranges.

Clergerie’s creative director Roland Mouret took his cue from the Queen of Hearts for a three-piece footwear range. He incorporated spades, hearts, diamonds and clovers as perforated designs on patent leather for a clutch or the decorative tassel on a keychain.

The limited-edition range is priced from 170 pounds, or $235, for a pouchette to 440 pounds, or $725, for shoes. They will be sold at Robert Clergerie stores and retailers including Net-a-porter.

“Disney opened my eyes to the world of imagination and creativity when I was a child,” said Mouret. “So when the opportunity to create a shoe collection with Robert Clergerie for Disney’s new film ‘Alice Through the Looking Glass’ arose, it was a childhood dream come true.”

He said both Alice books are among his favorite stories “because of the absurdity, boundless creativity, humor and life lessons that are hidden in the story line.” He said the collection “reflects the fun and stylized world of Alice,” while remaining true to the architectural lines of Clergerie.

“It’s always interesting when I work with designers to see how many different ways they have to be inspired in their creativity,” said vice president of Disney consumer products, Europe, Francesca Gianesin.

“‘Alice Through the Looking Glass’ is a movie where Alice herself will travel through time, from one period to another, thanks to a clock. Time plays a big role. It is always very inspiring to see how one single movie can full the imagination of so many designers on so many different ways,” she told WWD.