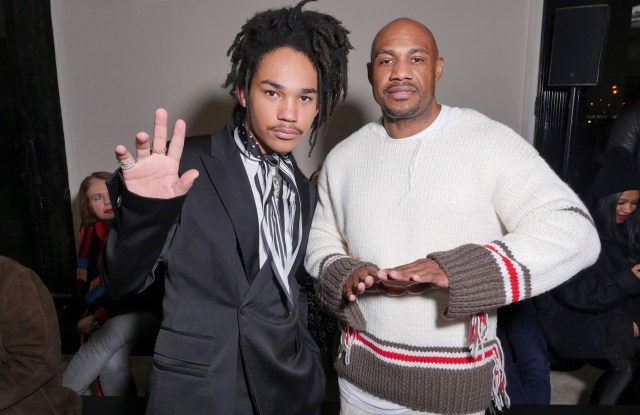 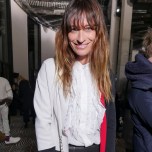 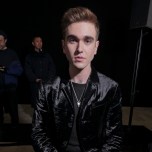 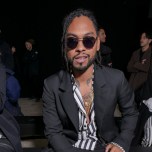 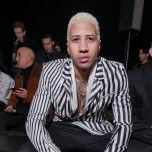 STARS IN STRIPES: At Haider Ackermann’s fall men’s wear show, a number of familiar faces including Caroline de Maigret, actor Gabriel-Kane Day-Lewis and Olympic fencer Miles Chamley-Watson were showing sartorially the stripes they had earned in their respective fields.

Chamley-Watson, who has a move in fencing named after him, looked every bit the fashion plate in a striped blazer. “Luxury streetwear is my thing,” he replied when asked about his fashion move, laughing at the suggestion that his lack of a shirt was the street part of his chic ensemble of a striped blazer, black trousers and impeccable leather shoes.

With the Paris leg of the FIE world cup set for the weekend, the athlete looked to fashion as a “healthy distraction. That way, I’m not just in the hotel room thinking about competing.”

With discrete stripes on his sweater sleeves, Kareem “Biggs” Burke was looking forward to a week featuring “his comrades Jerry [Lorenzo] and Virgil [Abloh]” on the schedule. Despite having a vested interest in the matter with streetwear line Reasonable Doubt already out, and the launch of luxury line Redo96 and the relaunch of denim-oriented Fourth of November on his schedule, the Roc-A-Fella co-founder still keep a spirit of fair-play: “I love to see other people winning.” After all, “men’ swear is in a good place. The energy gets everybody uplifted, gives you inspiration, and makes you think about the future.”

Singer Miguel, who was racked up mentions in a fair number of best song lists in 2017, agreed. “It has a different tempo. At this point, it’s about consistently creating on every level,” he said. “All of this is expression. A lot of us come here for the energy.”

Fresh off his breakout role in ABC’s new sitcom “Grown-ish,” Luka Sabbat, stripes tied in a jaunty cravat around his neck, is preparing a third Hot Mess exhibition, one with details still being sketched out but that may feature furniture and perhaps a film, for Japan. “I’m kind of winging it, like every year. They’re going to have to deal with [a Hot Mess],” he said. “But I know the culture, and I’ll be giving them what Japanese people will like.”