Kate Hudson is collaborating on a line of jewelry for Chrome Hearts called CH + KH. 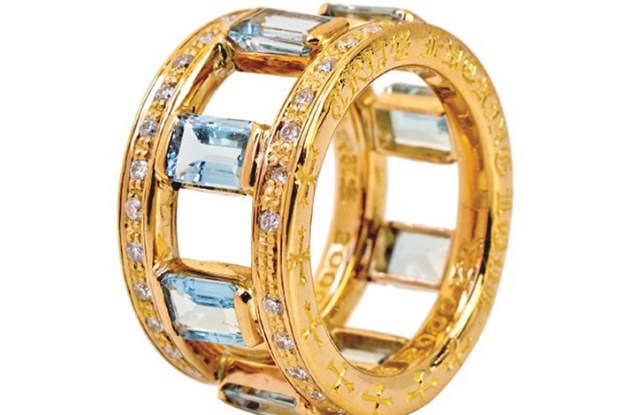 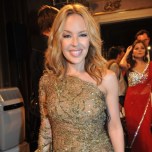 ROCK HUDSON: Kate Hudson is designing — or, rather, collaborating on — a line of jewelry for Chrome Hearts. The line, called CH + KH, is a joint effort between Hudson and her longtime friend Laurie Lynn Stark, who co-owns Chrome Hearts with her husband, Richard Stark. It’s Hudson’s first design venture and Chrome Hearts’s first time partnering with an actress (the company has worked with Rick Owens, Comme des Garçons, A Bathing Ape, Barbie and Chanel in the past), and the line is inspired by their various vacations together. The collection, which includes 18- and 22-karat gold bohemian pieces set with white diamonds, fresh water pearls and aquamarine, green tourmaline, peridot and citrine gemstones, is a one-off for now. It launches in late summer in select Chrome Hearts stores.

This story first appeared in the April 27, 2011 issue of WWD. Subscribe Today.

FACIALS AND FLOWERS: With just two days to go, wedding preparations are shifting into high gear: Camilla, the Duchess of Cornwall, was spotted leaving Jo Hansford, her hair colorist on Tuesday, while the Middleton sisters, Kate and Pippa, were reported to have had facials at a spa near their family home in Berkshire before heading to London on Tuesday. The London Chamber Orchestra has been rehearsing at a church near the Houses of Parliament, and spectators have already begun to set up camp near Westminster Abbey.

St. James’s Palace officials have also confirmed that Shane Connolly, the official supplier of flowers for royal events, will create the floral displays for the wedding. Connolly, who did the flowers for Prince Charles’ wedding in 2005, will direct a team of florists — including the Middleton’s family florist, Emma Sampson — who will design displays both for Westminster Abbey and Buckingham Palace. The palace said the couple chose Connolly “owing to his reputation for producing elegant and unique displays…using seasonal, natural and organic flowers.” The display’s theme will pay tribute to “the language of flowers,” and the Victorian art of flowers signifying different meanings.

Flowers among the displays at Westminster Abbey will include blossoms, azaleas, rhododendron, euphorbias, beech, wisteria and lilac. There will also be eight 20-foot high trees growing in planters, including six English field maples and two hornbeam trees. They will be sourced from gardens including those at Windsor Great Park and the Sandringham, Queen Elizabeth’s Norfolk, England retreat. The flowers and plants will remain in position at the Abbey for visitors to view until May 6, when many of the trees will be taken to Highgrove, Prince Charles’ home, to be replanted.

And in keeping with Prince Charles’ green sensibilities, St. James’s Palace said William and Kate intend for many of the cut plants and flowers, and all the growing plants that are used in the displays, to be donated to charities or replanted.

MRS. T: The next designer of Kylie Minogue’s T-shirt could be, well, you. The pop star is teaming up with Dolce & Gabbana in calling out for public submissions for designs inspired by her “Aphrodite: Les Folies” tour, which will be signed, worn, photographed and featured on the Web sites of Minogue and the Italian design duo. All graphic designers, illustrators and fashion designers are eligible, with Gabbana, Dolce and the pint-sized singer doing the judging. Submissions are due May 11 with the winner — and keeper of the famous shirt — to be announced May 18.

RIVIERA VACATION: Chanel is heading to the Riviera for summer. The French fashion house will open a temporary space in Cannes during the film festival next month before taking up its summer quarters in the Hôtel La Mistralée in Saint-Tropez. Decked out in signature black and gold, the Cannes space adjoining the existing Chanel boutique will offer a selection of clothes from the spring-summer 2011 collection, as well as pieces from the pre-fall Métiers d’Art line. It will also host bars for makeup, nails and handbags, sell limited edition camellias by Lemarié and showcase gowns worn by the likes of Keira Knightley, the face of Coco Mademoiselle perfume, and Penélope Cruz.

In Saint-Tropez, the summer collection will be displayed in the pool house of the hotel, which will be painted black for the occasion. Jet-setters can pick up surfboards stamped with the Chanel logo or a croquet set in a quilted leather case. It is not the first time Chanel is heading to Saint-Tropez. Last year, it took over the resort’s famed Sénéquier cafe for its cruise collection. The Cannes pop-up store will be open from May 7 to 22, while the Saint-Tropez boutique will welcome customers from June 1 to Oct. 2.