The brand celebrated with a dance party at London's Park Chinois restaurant. 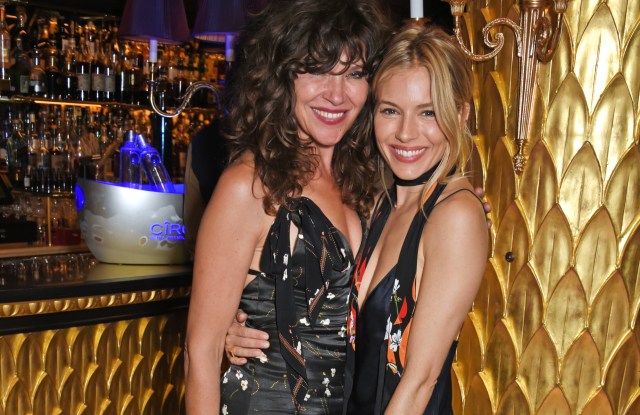 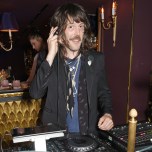 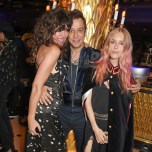 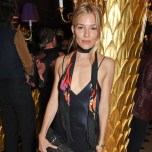 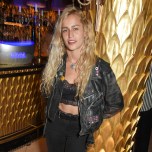 The occasion was the opening of the brand’s pop-up at Selfridges, part of the department store’s “Music Matters” campaign, which explores the musical genres that shaped fashion.

Friends of the brand including Alice Dellal, Karen Elson and Sienna Miller joined the designers to celebrate the launch.

“At the moment, music matters more than ever. It’s the one thing that unites everybody no matter what, no matter the religion, the race, who you are. It was really the right thing to do for us and we are so happy with the result, the space really stands out,” said Morris of the pop-up, which features bright colors and collages of album posters.

The brand, which became known for its skinny, printed scarves when it launched three years ago, has grown to include silk, printed pajamas, denim, a range of separates such as printed shirts, and T-shirts and cushions, all in line with the design duo’s bohemian aesthetic.

“It was never our intention to be an accessories brand, the plan has always been to be a rock-‘n’-roll, bohemian-lifestyle label. There was never a big strategy, but I would never be happy with stopping at the scarves,” said Morris. “We’ve been trying different things. Denim has been a difficult market, but we found our way by balancing denim, rtw and accessories.”

They are gearing up for the launch of their first retail location in Notting Hill’s Portobello Road, set to open in October.

Notting Hill is an area both designers have a personal connection with. At the same time, they hope to be part of the new wave of designers setting up shop in the area.

“Tim and I met in Notting Hill. I had a p.r. company called Magnolia in those days, he was working for Gorillaz and we were both in the same, shared space in Westbourne Studios. We were always spending time at Café Lisboa, and the local restaurants, so there’s a lot of nostalgia for those early days when we met,” said the designer, adding that she hopes the brand will fit in with the area’s older residents and new fashion labels coming in.

“We’re an independent fashion brand and I feel like we’re going to sit quite well with Lara Bohinc, Aesop and all the other stores that have started coming, as well as the street market guys and those antique shops that I hope never go away. We want to be part of the process of change, but not in a really aggressive way.”

The store will offer a space to experiment with more unique, customized pieces and one-off collaborations, according to the designer. Men’s wear is also on her wish list: “I am desperate to do men’s wear. All the men want the pajamas. When we launched I did do a men’s range at the same time, and I would say that 50 percent of it was really great and 50 percent was really crap. Now I’ve got more time to develop it, but we have no plans to launch just yet.”