Rodarte Celebrates at the Redcat 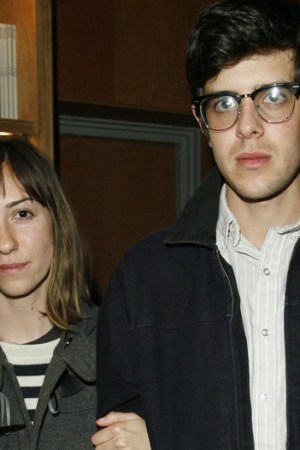 An arty crowd turned out in Los Angeles Wednesday night at the Redcat theater for a screening of “Aanteni,” a short film by fashion photographer Todd Cole for Rodarte. Kate Mulleavy came solo because sister Laura had just touched down from New York, but she was surrounded by friends Arianne Phillips, Roman Alonso, Elijah Wood, Gia Coppola, Charlotte Gainsbourg and Tennessee Thomas. Even Russian gallerist Maria Baibakova , who was in Los Angeles “for 24 hours,” came to check out Cole’s sci-fi-meets-horror vision. “I never really understand what we do until I see how others interpret our work,” said Mulleavy. “I trust Todd because we see things in the same way, but he takes it to the next level.” Cole did just that, using the Space Race and the local aerospace industry as a starting point for the futuristic film, which featured Guinivere Van Seenus wearing Rodarte’s spring/summer dresses. “Their clothes are very cinematic. The intricate and tattered nature of the dresses to me implies a back story,” said Cole, who plans to shoot another short next month featuring Rodarte’s fall/winter collection. Meanwhile, budding photographer and filmmaker Gia Coppola said she just shot a video for Zac Posen’s Target line, which will hit the Web later this month.