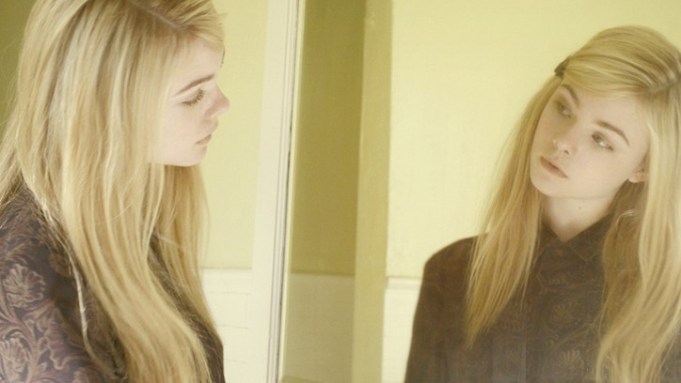 RODARTE’S YOUNG LOVE: The love fest between Rodarte and Elle Fanning continues. The young actress appears in a short film called “The Curve of Forgotten Things,” a collaboration between Kate and Laura Mulleavy and director-photographer Todd Cole, with a score by Deerhunter. It will be premiered exclusively Tuesday on LVMH Moët Hennessy Louis Vuitton’s Nowness.com, which footed the bill for the production.

Cole and the Mulleavys previously worked together on a short fashion film (also done for Nowness) inspired by Rodarte’s spring 2010 collection, which was rather dark. This time the focus is softer, to match the clothes. Cole explains the concept: “It’s inspired by Northern California, and the Seventies. It’s about this girl who exists in this strange place outside of time. She’s digging up things from the land and the past, and she offers them to the sun.” Lest Nowness’ interest and cash reignite the rumors of LVMH’s interest in Rodarte, Cole says the site is just interested in original content.

BOTTEGA BEACH ACTION: Palm Beach is getting some Bottega Veneta treats this month. Next Friday, the Italian luxury house will stage a spring fashion show at a luncheon at Club Colette hosted by Julia Koch, Lourdes Fanjul and Talbott Maxey, to benefit St. Jude’s Hospital, with both Bottega Veneta creative director Tomas Maier and president and chief executive officer Marco Bizzarri present. That night, Maier will kick off a four-day Bottega Veneta jewelry retrospective at his own namesake boutique.

This all coincides with the launch of a limited edition Bottega Veneta collection for Palm Beach’s 100th birthday, which is exclusive to the brand’s Worth Avenue location and includes a hand-woven intrecciato nappa leather beach bag with a beach towel and sunglasses. “Everything is empire blue because the abundance and intensity of color is one of the best things about Palm Beach,” Maier said.

COMIC ROMANCE: Prince William and his bride to be, Kate Middleton, will be transformed into comic book characters shortly before their April wedding with the publication of “Kate and William: A Very Public Love Story,” published by Britain’s Markosia Enterprises. The book, penned by comics writer Rich Johnston, depicts the lives of Catherine Middleton and William Wales — as he’s known to his pals — together and apart. The first half of the book has been drawn by the Welsh artist Mike Collins and is Kate’s fictional diary. The second half, drawn by the Scottish artist Gary Erskine, follows William from Eton, to St. Andrews, and into the Royal Air Force. The 60-page comic culminates with the two on their wedding day, kissing. Already a preorder hit on Amazon, it will be sold from April 2.

NO MAN’S LAND: Elie Tahari, who is staging his first seated fashion show at Lincoln Center on Feb. 16, decided against including his burgeoning men’s wear in the runway mix this season. “Our men’s business has grown so much that it didn’t make sense to include a limited number of men’s looks that didn’t completely represent the entire line during our women’s show,” Tahari said. “If New York had a dedicated men’s fashion week, we would consider doing a separate show. Unfortunately, the time we show our men’s collection on the runway in New York market has come and gone.”

Tahari is looking into several options for showing the collection in his Milan showroom next season, but for the moment, the men’s editors need not worry. The designer plans to show the collection at an event at his new, 2,000-square-foot men’s showroom in Manhattan on March 16.

G’DAY NEW YORK: There was a bit of Down Under downtown last Friday night, when hundreds of guests journeyed to Cipriani Wall Street for the American Australian Association’s annual Australia Day gala. The black-tie event, presented by sponsors including National Australia Bank, Woolmark and G’Day USA, honored Anthony Pratt, chief executive officer and chairman of Pratt Industries, for his business accomplishments and commitment to environmental causes in the United States. Pratt Industries is one of the largest paper and packaging companies in the U.S.

“In the U.S., we employ 3,500 people in green-collar jobs, making us the largest Australian employer in America,” said Pratt. “Our company has sales of $1 billion in the U.S., and we plan to invest a further $1 billion over the next decade.”

Comedian Rove McManus led the ceremonies. A three-time winner of a Gold Logie Award as Most Popular Personality on Australian Television, McManus responded to his enthusiastic welcome by saying, “Thanks, everyone, for pretending to know who I am.”

SNAKESKIN OR PIGSKIN?: As a commentator at Sunday’s “Uberbowl” at Joe’s Pub, Michael Musto is gearing up for game day by not doing anything Super Bowl-related, not that he would otherwise. Musto caught a glimpse of something NFL-ish Thursday on TV, and quickly turned away. “That’s what I always would have done anyway. I simply don’t care — and that’s the point of this event,” he said.

While the Steelers and the Packers battle it out on a big screen, Musto and other uninformed viewers — actress Kristen Johnston, Cintra Wilson, Lauren Ezersky and Patrick McDonald — will call the shots for the crowd. Even Musto was at a loss about how the names were drawn. “I guess he wanted a diverse bunch of commentators who wouldn’t know a tight end from an end table,” he said.

PERRY’S CASTING CALL: Online followers of Perry Ellis will be able to cast one model who will walk in the brand’s upcoming men’s New York Fashion Week runway show. Photos and videos of the nine contestants in the competition are up on Perry Ellis’ Facebook page and YouTube channel, with viewers able to vote for their favorite. The winner will be revealed just before the start of the show on Feb. 11, during Perry Ellis’ live stream of the event.

In another fashion week initiative, Perry Ellis will put 10 looks from the fall runway collection on sale immediately following the show at perryellis.com. The “Watch It Live, Buy It First” flash sale will be open only to Perry Ellis Facebook fans for the first three days, after which it will open to the general public. Merchandise will be delivered to shoppers within four to six weeks.