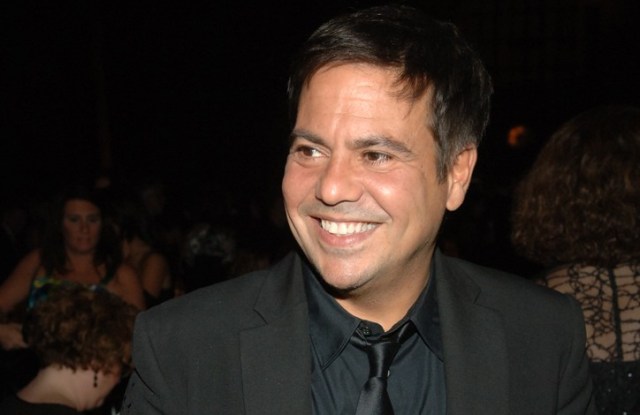 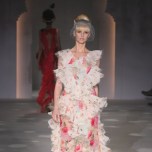 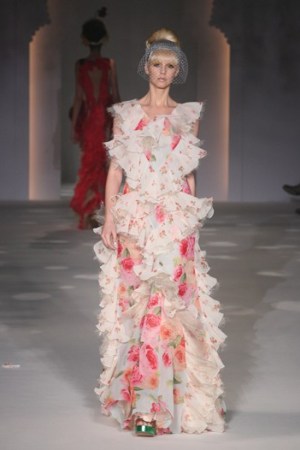 RODRIGUEZ POOLSIDE: Narciso Rodriguez spent Monday soaking up the sun poolside at the Beverly Hills Hotel, a day after taping the American Latino Media Arts Awards, where he was honored for Special Achievement in Fashion. “I was nervous. I’m really shy and I much prefer my work to do the talking,” said the designer, who was dressed in a sleeveless Nike T-shirt (one of his obsessions) and a pair of black shorts. Rodriguez said the long weekend in Los Angeles was a welcome break from working on his spring collection. “It’s always good to step away from the collection right about this time when you are working on something every day. I’m an architecture buff so to see the different layout of the city and the homes is great.” He reflected on the past year, in which he sold a stake in his company to Liz Claiborne Inc., and switched production facilities and fabric sources to grow the collection. “The economy is such that it’s a tough moment for everyone. We are happy we haven’t decreased the business in any way, but the company usually grows like 20 percent every year, and that hasn’t happened. We are trudging through this Bush mess and looking forward to the next steps.” That includes a new fragrance launch in January, for which he’s created an advertising and image campaign. His licensee Beauty Prestige International, which sponsored his fashion presentation at the ALMA Awards, is also sponsoring him for the Deauville Film Festival in September, where he will dress actresses and promote the new scent. He also plans to take a few days off when the fest closes on Sept. 14. “Liz Claiborne decided to have many meetings this summer and ruined my vacation. After Deauville, I have plans to take my break.”

This story first appeared in the August 19, 2008 issue of WWD. Subscribe Today.

MOVING ON: Toshikazu Iwaya, the former designer of hot Tokyo fashion label DressCamp, will debut his new brand, Iwaya for Dress 33, during the Paris shows in September. Nobuyuki Nakama, a former Moschino Japan president, is Iwaya’s new business partner. The two expect the brand to reach 2 billion yen, or $18.5 million, in sales sometime over the next three years and to open a freestanding store in Japan and a string of shop-in-shops. Iwaya, a graduate of Bunka Fashion College, put DressCamp, an ostentatious brand known for its bold prints and colors, on the Tokyo map before he left the label earlier this year. Iwaya said his spring debut for the new brand will draw on “Baroque” influences. The designer will also stage a show in Tokyo in October with some additional looks not shown in Paris.