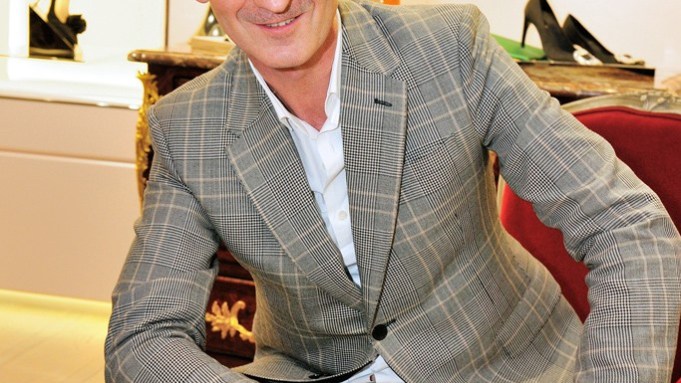 NEW IN TOWN: Bruno Frisoni, creative director of Roger Vivier, is currently in Tokyo to fete the footwear brand’s first store in the city.

Roger Vivier’s Tokyo store, its second point of sale in Japan, is a 990-square-foot space located inside the Matsuya department store in Tokyo’s upscale Ginza district. It opened on Sept. 14. The brand already had a store in Osaka.

Sabine Brunner, general manager of Roger Vivier, said that the Tokyo opening has come later than originally anticipated, but the brand is happy to be expanding in Japan and hopes to open another five to six stores here within the next two to three years.

“I think we need to cover the most important department stores for the moment, and when we’re big we’ll have a freestanding store,” Brunner said.