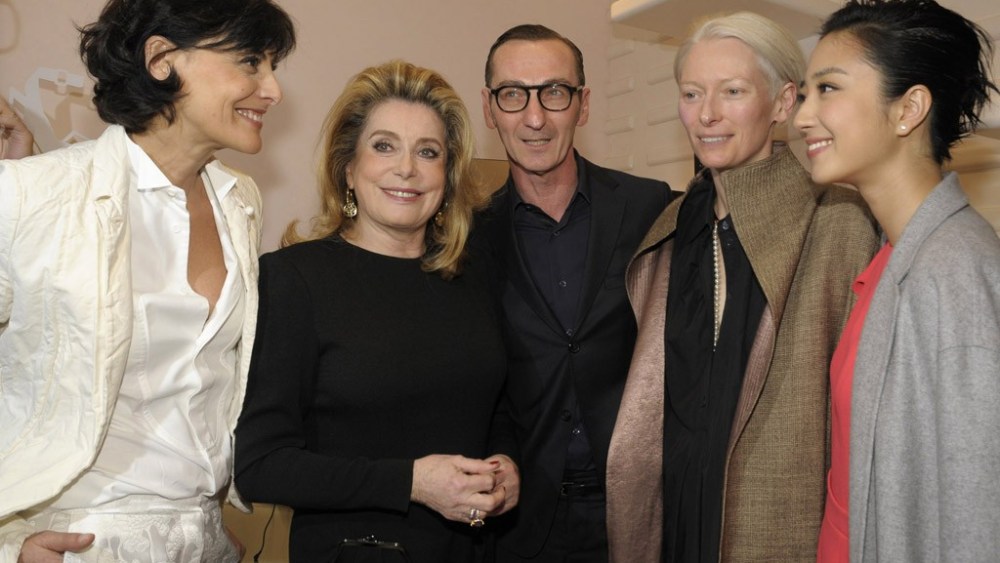 An eclectic crowd packed into the boutique — exactly the type of crowd de la Fressange was hoping for. “Look, even Yves Coppens, the famous paleontologist, is over there. I hate parties where there are only fashion people,” she declared.

The store was so busy that Roger Vivier creative director Bruno Frisoni was wedged into a corner signing copies of the tome, out next month.

Vincent Darré shared a photo on his phone of an abstract painting he had done for his latest gig guest editing four issues of L’Officiel magazine starting from October.

Actress Marina Foïs, almost unrecognizable with chunky bangs, explained that she had adopted the hairstyle for her role in “Boule et Bill,” the movie version of the Belgian comic strip released last week in France. “I love them so much that I have decided to keep them,” she said.